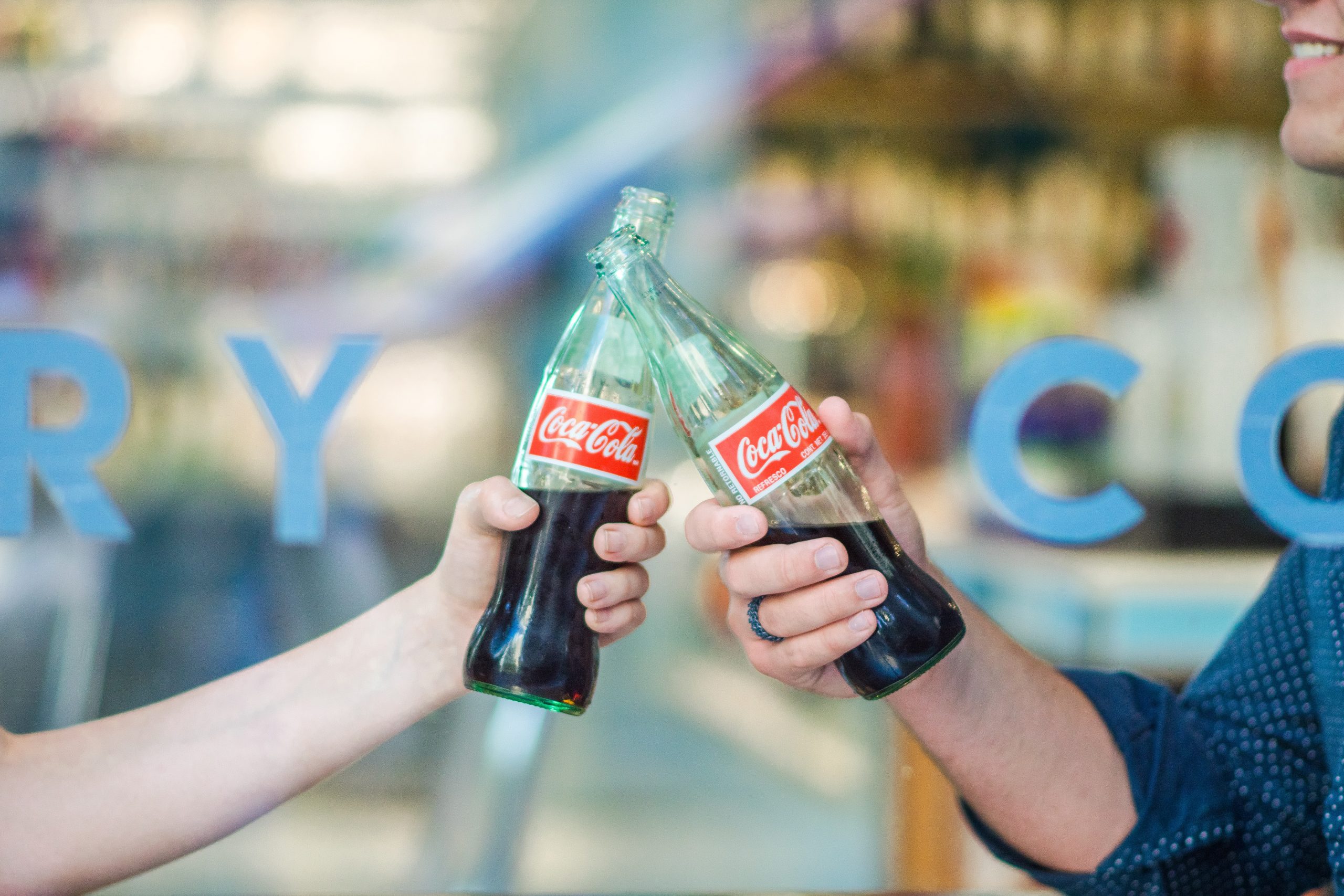 “Translation is that which transforms everything so that nothing changes.”

Whatever your product and no matter how famous your company is, not every country is going to understand what you’re trying to sell. Due to a mix of slang, cultural differences, and misunderstandings, sometimes companies will have to rebrand their products or tweak their slogans so the message isn’t lost in translation.

Most of the time companies get this right. But sometimes, they get it really wrong. Mistranslating can negatively affect a company’s sales and prevent it from reaching its potential. This is why brand translation is so incredibly important for all companies that want to sell to foreign markets.

Even the most famous brands must change sometimes to accommodate their audience. Let’s look at some great examples of this happening.

In China, Coca Cola goes by the name “Kekoukele,” which translates to “tasty fun.” The name is far easier for this country to remember and pronounce.

Sprite also made a change for their Chinese audience changing their name to “Xuebi”. The two words that make up the Chinese version are “xue” which means “snow” and “bi”, blue-green. This was deemed a better fit for marketing.

Chocolate names between the U.S and Europe can get a little confusing. There is a chocolate bar in Europe called a “Milky Way”, in the U.S this is called a “3 Musketeers”.

However, there is a chocolate bar in the U.S also called a “Milky Way”, which is the European equivalent of a “Mars Bar”. Somehow, this branding has ended up being rather confusing while trying to ensure that everyone from each place knows exactly what chocolate bar they’re buying.

Lay’s, an American company, bought the British Walkers crisp manufacturers a few decades ago. However, to retain customer loyalty in Britain, Lay’s didn’t rebrand the product, which is why now, if you want Lay’s in the U.K, you need to look out for Walkers instead.

This cleaning product goes by various names depending on the country. Some brand names just don’t work well in particular countries so a rebrand is in order.

Domex in the Philippines and India. Glorix in the Netherlands and Russia. In Japan, it’s called Domesuto, and in Argentina, Brazil, and Vietnam, you need to look for Vim.

A German brand selling frozen pizza was never going to work in Italy. Therefore, this company rebranded for their Italian audience and now goes by the Italian name “Cameo” which has helped them become the most successful frozen pizza company in the country.

The Most Famous Slogans Lost In Translation

Despite the millions or even billions of dollars thrown into advertising around the world each year, some companies sometimes miss the mark with their translation.

It’s hard to believe that companies, especially high-profile companies, can make such a basic mistake since they have the budget to hire the best translators in the world. And yet, from time to time it happens.

Going global for a brand is the ultimate goal. This outcome ends up with the company being able to expand, earn more money, and become a household name.

However, the only way any brand is going to reach global status is through high-quality and accurate advertising.

Mistranslation of a company slogan is not accurate or high-quality advertising, and an error like this could easily offend their target audience.

Do you want to buy from a company that isn’t speaking to their demographic as they should, after all? Of course not.

However, translating from one language to another isn’t as simple as it first seems. Most often, direct translations don’t work. Whether that be from English to Spanish, French to English, Russian to Chinese, or any other variation.

Colloquialisms, gender, slang, cultural misunderstanding, and even local humor all play a role in how to translate a slogan or brand identity from one language to another.

Since mistakes do happen, we have been able to bring you the best examples of famous slogans lost in translation. While their audience may have laughed at the time, the company’s involved were no doubt kicking themselves for missing the mark.

Who doesn’t love this jolly green giant making kids (and adults) all over the world big and strong? Well, after this blunder, the Arabic-speaking world wasn’t particularly keen. Green Giant’s famous slogan “The Jolly Green Giant” directly translated into Arabic becomes “Intimidating Green Ogre”. Not the kind of slogan that the kids would love!

When Mitsubishi launched their new SUV, it was called the “Pajero 4WD”. The name was taken from the leopardus pajeros, an Argentinian cat. However, the word pajero actually means “w*nker” in Spanish.

Thereby, offending the entire Spanish-speaking populace. Due to this, the car was renamed the Mitsubishi Montero which was the least they could do given the circumstances.

Everyone in the world has heard of Pepsi. And if you’re in an English-speaking country, you’ll no doubt be familiar with their slogan “Pepsi brings you back to life”. This is a great slogan… except for when they took the campaign to China.

When translated into Mandarin, the slogan ended up being “Pepsi brings your ancestors back from the grave”. That’s not the kind of saying you want your brand to be associated with. Pepsi made a huge mistake in this instance.

Following on from the above mistake comes another blunder in China by a well-known brand. If you hear the saying “Finger Lickin’ Good”, you’ll know right away that KFC is behind it. However, in China, this was translated into “Eat Your Fingers Off”.

Traficante is an Italian mineral water brand. To most people, hearing adverts from Traficante would do nothing aside from making you thirsty. However, to Spanish speakers, traficante means ‘drug dealer’.

That’s not the kind of water you would want your family drinking, is it?

Coors brewing company previously made one of the biggest slogan translation mistakes of all time. Their well-known slogan “Turn it loose” was translated into Spanish as “Suffer from diarrhea”.

Now, as a direct translation, we could definitely see how this could have happened. But as one of America’s richest companies, they could easily have paid for professional translating and avoid such an embarrassing mistake.

We’re back in Italy for the next oversight as Schweppes managed to translate their famous tonic water into toilet water for their Italian campaign.

What may seem like a joke was a very real error that undoubtedly cost the brand a lot of money in lost sales. After all, how many people do you know who want to buy toilet water?

We all know that if you’re going to want to buy furniture in IKEA, you’re going to have to learn a few words in Swedish. This furniture store labels all their products in the original language which can sometimes cause a few ripples among other languages.

For example, a few years ago, IKEA sold a desk called “Fartfull”. This word means speedy in Swedish but is rather laughable in English. Between the awkward name and odd design of the product, IKEA ended up pulling it from the shelves.

You’d never guess that one of the biggest companies in the world could make such a blunder with a product name or slogan.

But, unfortunately for the Japanese, they did. The word for “Siri” in Japanese translates to “Rump, ass, bottom”, which makes for rather uncomfortable conversations among speakers.

As we all know Siri has stayed so this particular error has never been fixed.

One car made by Chevy that was reported to have flopped due to the name was the Nova. Nova means “no go” in Spanish which wouldn’t give the Spanish-speaking world much confidence in the product, understandably.

However, the rumor turned out to not be true and Chevy reported their sales weren’t affected by this translation error.

But it is a great example of why names must be checked before being marketed as this one could have gone wrong.

What do most people want from toothpaste? To clean and to whiten, of course.

Nonetheless, that isn’t the case in every part of the world. In one particular area of Southeast Asia where the locals chew betel nuts specifically to blacken their teeth. Blackened teeth are seen as being attractive meaning that toothpaste specifically advertised as being whitening isn’t going to be needed. And that’s exactly what happened.

This poorly thought-out campaign didn’t translate well in this area as the locals were not the right audience at all.

This refreshing, fruity drink is the perfect option for a summer’s day. However, it has been the source of many cheap laughs in Mexico as in that country, Fresca means “lesbian”. Fresca should have spent a little more time on their translation research before printing billboards that could have harmed sales!

Clairol may be experts in all things hair but their marketing department could use a little more help. Their popular hair curling iron “Mist Stick” didn’t sell well in Germany due to a translation issue.

In German, “mist” means “manure”. So, it’s understandable why German people didn’t want to buy such a product for their hair let alone talk about it. Clairol failed in their sales all because they didn’t rename their product for the German market.

Remember the Nokia Lumia? Well, Spanish speakers certainly do. Following the theme of terrible translations into Spanish, is the Nokia Lumia. Lumia means “prostitute” in Spanish. Now, the Finnish cell phone maker wasn’t trying to offend tens of millions of people but they really dropped the ball with this campaign. It seems companies all over the world make similar mistakes over and over again.

Will they ever learn?
How Can Brands Avoid Translation Errors?

In this article, we have seen how accurate transition is in all aspects of advertising, marketing, and branding. Poor translations can negatively affect a company’s bottom line and make it harder for them to gain global awareness.

If a company is expanding beyond its native language, it must take translation seriously. A lot depends on high-quality, professional, and accurate branding, after all.

The best way for any company, large or small, to avoid serious mistakes and silly errors is to use a translation company to do the work.

Investing in translation from the experts means the results will always be 100% and the company will have more success in the future as they can truly connect with their foreign audience.

If you’re a company looking for accurate brand transitions of any kind, what should you do now?

The Translation Company delivers quality, care, and understanding in every project, offering a wide range of services that are tailor-made and adapted for your needs no matter what they are.

The Translation Company guarantees 100% satisfaction on all of their projects and has been in the business for over 15 years – they know exactly how to deliver a fantastic service.

With offices in the US in Frisco, New York, Dallas, and San Francisco and internationally in China and Brazil, they cover a range of areas and time zones. Offering translation services in over 200 languages with a huge range of subject matter experts, they will be able to assist you in all your translation needs with outstanding quality and service.

You can contact them here for more information and a friendly member of their team will be in touch with you to discuss what you need in more detail. We’re here to help you with whatever you need to make your life a whole lot easier!