Are Translation Tools Really Getting Better? 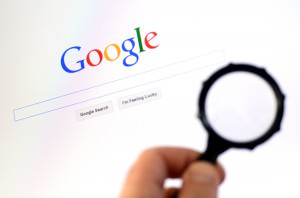 If you need to translate the word “hungry” into Portuguese or you need to figure out what “mesa” means in English, a machine translation can most likely get the job done. Consider the following text, translated from German by Google Translate:

Machine translation is good in the translation of single words, where all she has to do, is to act as an online dictionary. It is also good at common rates, as these chunks, which translates many times and so easily represented in the target language. It's not bad, simple sentences with a clear structure enough, though, once you start sentences plugging in, you'll start to see some sluggishness in the output. And all the lyrics begin, in fact, look very disjointed.

The bottom line is that machine translation just can’t handle more complex sentences. Forget about asking a machine to translate something as complex as a literary work or a legal document. You’re just asking for problems.

Even when translating relatively simple sentences or phrases, translation mistakes occur. And they occur often. Consider the following example. Back in 2011, an Occupy Wall Street protestor attempted to make a sign in Chinese reading, “No more corruption!” The resulting Chinese language translation? “There is no corruption!” Not exactly the message the protestor was attempting to convey. The protestor would have been much more successful if he had help from a native Chinese speaker, not a machine.

They Struggle with Context

Humans can discern the meaning of a word based on its context. Machines can’t. If you don’t believe us, just take it from the blogger who decided to tattoo “never die” on her back. The problem? The machine translation tool she used translated “die” not as in life or death. Instead it used “dye,” like the substance used to change something’s color. Remember, it is all about context. You will find even more embarrassing tattoo fiascos here.

The verdict? Translation tools can be tremendously useful. But if you are in need of a professional Chinese language translation, you are probably far better off hiring a professional human translator. Machines haven’t replaced humans just yet. Especially when it comes to professional document translation services.