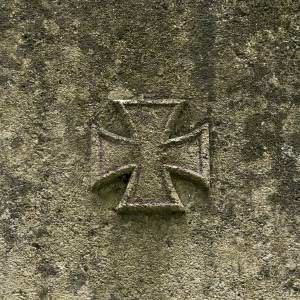 A recently erected WWII memorial is fraught with translation errors, turning an already controversial project into a linguistic and political battle. The monument marks the 70th anniversary of the German occupation of Hungary, during which hundreds of thousands of Jews were deported to Nazi death camps. The government insists that the memorial is meant to serve as a tribute to all victims and facilitate reconciliation between Jewish and non-Jewish Hungarians. Work on the Budapest monument was finished in late July.

The monument is inscribed with the words “Az áldozatok emlékére” (“In Memory of Victims”). As part of the memorial, the Hungarian phrase was translated into various languages. At the center of the heated linguistic debate is the Hebrew translation of the phrase. Rabbi Zoltán Radnóti expressed outrage over the poor quality of the translation service provided, saying that it must have been via some kind of machine translation service, such as Babel or Google+ instead of a professional Hebrew translator.

Rabbi Radnóti explained one of the more serious errors in the two lines of text is the use of the word “korban” to denote Holocaust victims. “Korban” is an expression found throughout the Torah and refers to ritualistic offers. It most commonly refers to forms of animal sacrifice, the Jewish ritual slaughter of a sheep or bull.

In modern times, the word has been more closely associated with the concept of victim. A press release put out by the Hungarian Office for Translation and Attestation (OFFI) explains, “according to our translators, revisers, and other native speakers contacted, the criticized Hebrew translation ‘korban’ is widely used in contemporary spoken Hebrew as a neutral and general expression meaning victims, including the victims of the Holocaust.” However, many have pointed out that the Hebrew language has specific terminology that is employed when referencing Holocaust victims, making the use of the word wholly inappropriate.

Many have also taken issue with the order of the words in translation, pointing out that it is grammatically incorrect. The OFFI admits that this was an error. However, it places the blame on those laying out and engraving the inscription onto the monument. The OFFI press release explained, “Two elements in the possessive structure was changed, causing the actual misunderstanding. During the translation OFFI Ltd made every effort to render the original Hungarian text as accurately as possible.” Regardless of whose fault the mistake was, the error is a serious one. Many argue that it degrades the memorial as a whole.

The memorial was already a highly contentious issue, both within Hungary and abroad, and the poor Hebrew translation that it displays has seemingly only fanned the flames of tension. Critics of the monument argue that it is part of the government’s plan to obscure the role former Hungarian government officials and security forces played in the Holocaust throughout World War II by deporting and killing a number of Hungarian Jews.

In June 1944, not long after the occupation began, Hungarian authorities sent an estimated 437,000 Jews to Nazi death camps. The Federation of Hungarian Jewish Communities (FHJC) argued that the government is attempting to absolve the country of its responsibility in the Holocaust.

“This is not a Jewish issue, it is an issue for all citizens here in Hungary. This is the time the Hungarian government has to make clear … which side [it] is on,” protestor Marton Gulyas told Al Jazeera earlier this year after interrupting a ceremony at the Holocaust Memorial Centre in Budapest to demand that the Hungarian prime minister reconsider the memorial plans.

The memorial remains highly contentious, especially as many Hungarian Jews feel the rise of the ultra-right in the country has led to increased anti-Semitism. They argue that memorial is part of a government conspiracy to conceal Hungary’s role in the Holocaust and garner support for the right. Much of the Hungarian Jewish community feels that the poor translation simply adds insult to injury and further marginalizes the Jewish community as a whole