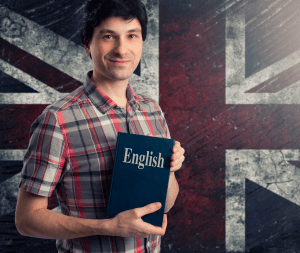 When we take a typical classroom for learning a foreign language in any primary school, we can see a lot of kids singing, playing and actively learning new words through games. This is a much better approach, and it is commonly used in contrast to standalone lessons where kids are taught lists of words and they need to repeat them endlessly. On the other hand, schools are starting to use an even deeper immersion by using a foreign language in other classes, like maths or biology. This is an easy way of building vocabulary and making the children love foreign languages from an early age.

This desire to instill the interest in languages in young pupils is the crucial plan not only for their parents, but also for the government itself, since with the newest regulations, all primary schools in the UK will have to start teaching a foreign language of their choice, from French, German, Spanish, Mandarin, Latin or Greek. This is a great change, and it was welcomed by the parents, since this knowledge will only help their children have a better future, and not to mention that there will be new job openings for linguists.

Do teachers think about a bigger picture?

Currently, only one in ten state schools do not have any foreign language lesson plans in their curriculum, so, it will be enforced on them by the new primary National Curriculum to take a foreign language, at least from now on. But, this has awoken another problem for the secondary school, as some teachers are worried about the transition that happens between the primary to secondary.

They have criticized government’s lack of guidance on how the primary curriculum should be implemented, meaning that the secondary school has to worry about having to deal with pupils of different knowledge levels.

This is an understandable problem, since it is a big possibility that a pupil may appear in a secondary school with no previous knowledge of French because he only had the chance to learn German at his primary school, and at the same time, some of his colleagues may be quite proficient in French, and that discrepancy can be a big headache, at least for the teachers.

Can the discrepancy between levels be reduced?

This diverse picture is quite common, and a large portion of schools already teaches a second language, but they do not take into an account what is taught in secondary school and they invest no effort in adjusting it. The reason is simple: there are so many different curricula that it would be almost impossible to incorporate them all into a bigger plan, unless the government does that. This problem of consistency is big, and it appears it’s only going to get bigger.

The solution might not be that simple, as Marina Dixon states, primary schools would need to agree about their curriculum and try to find at least some common ground, and the secondary schools should do that as wells. The reason that the choice of a secondary school is open to parents and students, and the selection of a foreign language taught in primary schools differs, it is hard to combine all those factors into a single solution.

Some districts actually managed to achieve this. Namely, London Borough of Hackney and its 52 primary and 11 secondary schools agreed to teach one foreign language, and that is Spanish. The schools created a similar curriculum, and this was done in order to ensure a coherent transition between school levels, and for both teachers and students to be satisfied.

Next summer, secondary schools will receive reports of primary school pupils, listing and rating 4 essential foreign language skills: listening, speaking, reading and writing so that secondary schools can prepare their teachers properly. This won’t solve everything but it can diminish some of the toughest problems that may appear.

The importance of knowing a foreign language is already clear to all of us, but a gentle approach must be made so that it doesn’t put young pupils off from some languages, especially by making the secondary schools continue the progress of learning naturally, and not repeat the lessons children already know.

Having in mind the number of schools, this sure won’t be easy, but an example made in Hackney clearly shows that it is possible, and with just a little bit of effort, children will only show greater interest in foreign language learning, and over time, they might even become interested in learning a third language.