British and American English - Between the Lines 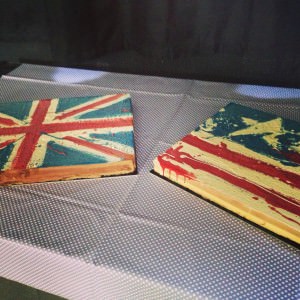 The following article is based on the experience of a particular British woman who started to live in the US. Even though both nations speak English, they do not share the same mentality necessary for the proper communication at work. Of course, there are vocabulary items which are different (elevator-lift, boot-trunk, pavement- sidewalk etc.), but things like this are highly unlikely to hinder communication. As it was stated before, it is different upbringing and different customs that caused problems for this woman in her attempt to express her thoughts.

One of our amazing traits, when it comes to language, is the ability to decipher much more than words in a certain sentence. When we are having a conversation with someone, or if we are communicating via phone or PC, we are able take into an account the prosodic and paralinguistic features of language, for the purpose of understanding what was truly implied in a spoken or written sentence. Additionally, we are fully capable of using the language in a phatic manner in order to overcome the situation in which we are pressured by awkward silence.

The problem of obstructed communication arises when our, let’s say, code that we use to decipher paralinguistic features is different than the one in another nation speaking the same language. It is what happened in this instance: the American co-workers could not properly understand what the Brit was implying when he wanted to give them feedback related to the work. Namely, it is one of British customs to be polite, or to say it more accurately, they want to create an illusion of politeness.

When composing an e-mail, Brits tend to say things like “I believe…” or “Could you perhaps…” in order to convey “It is like that.” and “You have to do that.” When using such a particular style in Britain, it is perfectly clear to the British people what is implied, in America however, they use a more direct approach, and thus the need to read between those lines never emerged. Moreover, if someone uses sorry in Britain, he or she simply states a difference in opinion whereas in US it is used as an admittance of guilt.

The difference in opinion

The main reason why Brits use this style of speaking or writing is because they believe it is rude to bluntly say your true opinion. Considering the fact that a whole nation knows what is implied by those words, they have this commodity of appearing nice. On the other hand, someone may adopt the attitude that this approach is dishonest, which is why it would be immoral to speak like this, since it would make one appear as a hypocrite.

There is nothing wrong with being polite but if there is no honest intention behind it, it would be wrong to expect people to see through that intention. It is worth mentioning that I used a lot of labeling here, and I do not intend to create an impression that all Brits are using this indirect approach. I wanted to say for the record that people I know who visited England stated how they met complete strangers who were very direct when expressing their opinions or intentions.

Additionally, it is not uncommon that whenever someone changes his or her place of residence, a difference in behavior and attitude (his applies even on a micro scale like changing the neighborhood, let alone changing cities or the country). In other words, our surrounding are responsible for bringing out the parts of our psyche we weren’t aware of. It is our general condition to strive towards acceptance and fitting in a certain community, even castaways search for other castaways to keep their company.

We try to find people with similar opinions in order to avoid the reconstruction of our personality. In some cases however, like in this one, such thing was not completely possible, the woman needed to change the way she used her language for the sake of being properly understood. This proves that translation services may be necessary even for a same language, and how spoken language is much more than grammar rules and word definitions.