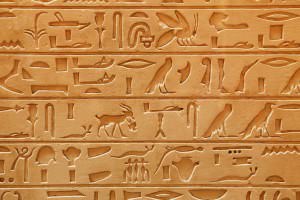 Not everything can be translated. Check out these seven words from across the globe that lack a clear or direct English translation.

The Hawaiian language contains a number of unique words and expressions. Pana po’o is one of them. It means “to scratch your head in order to help you to remember something you’ve forgotten.”

This highly expressive Japanese word, Komorebi, refers to the interplay between light and leaves when sunlight shines through trees. The word is comprised of three different kanji (Japanese written characters), the first of which means “tree,” the second of which means “escape,” and the third of which means “light.”

Interestingly, the Norwegian language differentiates between the feeling of being in love and the feeling of falling in love. Forelsket refers to that euphoric feeling that arrives when one begins to fall in love.

TheYaghan language is an indigenous language spoken by the Yagán people of Tierra del Fuego, the southernmost tip of the South American mainland. It is a language isolate, making it incredibly unique. One of the language’s most unusual words is mamihlapinatapei, which can roughly be translated to “a wordless yet meaningful look shared by two people who both have a desire to initiate something but are reluctant to do so.”

The root of the word, ihlapi, means “to be at a loss as what to do next.” The prefix mam consists of the reflexive/passive prefix ma (derived from mam), and the dual suffix apei has a reciprocal sense when used in conjunction with mam. Mamihlapinatapei is listed in the Guinness Book of World Records as the world’s most succinct word, and it is widely considered to be one of the most difficult words to translate.

Though lagom is often translated to “in moderation,” “enough,” “sufficient,” “adequate,” or “just right,” the idea that the word expresses is actually much more complex. The word is associated with moderation and essentially means just the right amount — not too much, not too little. Highly expressive of Swedish egalitarian cultural values, it typically refers to the etiquette of taking your share and can be connected to the Law of Jante, which values collective as opposed to individual effort and mandates that a group member should not think of him or herself as better than other group members. The word might best be translated as the English proverb “enough is as good as a feat.”

Razbliuto refers to “the sentimental feeling you have about someone you once loved but no longer do.” Interestingly, the concept inspired the debut album of electronic band Lark from South Africa.

This Greek word refers to the sound of leaves whispering in the wind. Interpretations sometimes vary regarding the sound the leaves make, from whispering to rustling to babbling to lapping.

And, now a bonus word. Maybe the best one!

Waldeinsamkeit can be translated from German as “the feeling experienced while alone in the woods, connecting with nature.” This word is so moving that 19th century American poet Ralph Waldo Emerson was inspired to write a poem about it.

“There the great Planter plants of fruitful worlds the grain,
And with a million spells enchants the souls that walk in pain,”

He wrote, extoling the beauty and power of nature. Emerson, a leader of the Transcendentalist movement, believed that society and its institutions were a corrupting influence on the individual. He believed in the purity of nature and that a life well lived was one that allowed an individual to connect with his or her natural surroundings.