A Secret Code in Google Translate? 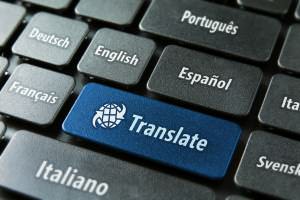 It is true that if something can’t be proven, that doesn’t make it necessarily false but this kind of approach leaves too much space for paranoia. Personally, I tend to steer away from conspiracy theories in the online environment and outside of it, but when it involves one of the most powerful corporations in the world, Google, then it’s hard to steer away without showing any interest. After all, it might influence our everyday lives, and it is only natural that you show more interest in things that might have an impact on you personally.

The translation accuracy of such translation software has long been a subject of discussion, and its development is under the watchful eye of the public for some time now. The reason for this has a lot to do with the growing importance of software and service localization in online business relations and customer relations. It has a lot to do with the ongoing process of globalization and the increasing cross-cultural relations that happen on a daily basis.

Having a reliable, yet widely accessible and affordable translation software would do much for the budget and the time efficiency at which modern businesses can develop and expand. Unfortunately, the only thing the public has access to these days is Google Translate, which is suitable for day to day, private translation needs, but it is hardly a permanent and a universal solution for translation issues. The thing that Google relies on is the fact that its translation software is constantly learning and creating better results. It is a small wonder that such a hype broke out about the recent glitches it has shown.

Some other English translations generated by Google when inputting latin placeholder text:

The thing that makes the whole story even more puzzling and interesting is that the “bug” can be interpreted in many ways. Is it a device to communicate with China and its Chinese native speakers without being detected by the so-called Chinese censors? It shows signs of premeditation, and people who take conspiracy theories as hobbies, as well as those who take them seriously, are really getting their money out of this situation.  Here is what the whole thing is about.

Translating "Lorem Ipsum" to NATO is just one of the reported "mysterious issues". We all know what the Lorem Ipsum text is and what it is used for but the thing that it is interesting is how Google Translate handles random strings of this text when translating to the English language. This irregularity was first pointed out by Brian Krab, a renowned online security expert. There are different results for different combinations of strings of this text and the origin of this bug, if you can call it that, has become a very popular subject for debate among internet users, and no official statement by Google has done nothing positive to quench this wildfire of theories spawned from various sources.

The only reaction we have gotten from Google so far comes was in the form of a Tweet which goes: “Garbage in, Garbage out”, probably referring to the learning algorithm of their software and the fact that it uses use input to learn, and since Latin is a dead language, it leaves a lot of room for manipulation. Still, it seems that random input doesn’t entirely explain the situation here and the terms that the software spits out seems a bit more premeditated.

While popularity is one thing and it might be in Google’s interest to milk this hype all the way, it might be a bit unprofessional not to let the public know exactly what happened with their software. So far, we had hackers, fights against Chinese internet blockage and so on. After all, Google is all about getting the information that you need, right?