The China Academy of Translation Officially Opened in Beijing 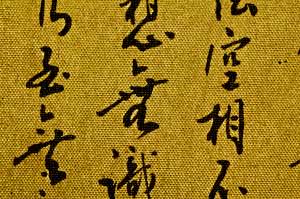 On July 29th 2014, the world witnessed the launch of The China Academy of Translation in Beijing. The opening ceremony was attended by the likes of Zhou Mingwei, head of the China International Publishing Group and first official president of the academy, Cai Minghzao, the State Council Information Office chief, as well as over 150 government officials, professional translators, professors and members of the media. It was well-received and garnered quite a bit of attention from both local and foreign academics and translation experts.

The event marked a new age for China’s foreign relations and a clear break from its reclusive policies of the past. The academy is the only such establishment in the country and a testament to the big efforts that China has put into opening up to the rest of the world. Even with its borders open for a good part of the last century, the Chinese language barrier has kept the country somewhat secluded – its rich culture and storied history are still somewhat of a mystery to outsiders. 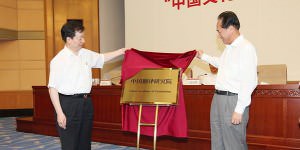 China sharing its culture with the world

The main goal of the academy is to enable improved communication with the rest of the world as well as to serve as a key instrument in bridging cultural differences on a global level. It will involve domestic experts and those currently living abroad, and will be a training ground for aspiring translators. It has been a long time coming, but it seems that one of the oldest civilizations on earth has slowly started to shed its reputation as a xenophobic culture. It also means that internet websites delighting in the extremely poor Chinese-to-English translations seen on signs across the country – known as Engrish on the web – could be put out of business within the next few years.

The China Academy of Translation president has outlined several points that the organization will strive to address.

The academy will play the role of a workshop where a large number of translation industry experts can brainstorm ideas for the improvement of industry standards and practices, and be the go to place for licensed and administrative associations, providing guidance and advice.

The next issue it will tackle is the creation of official guidelines for translating all the major keywords related to the most important topics in modern Chinese culture.

Another big priority is identifying and educating a substantial number of promising young talents in an effort to build up a society of skilled translators. This would enable them to create a large collection of common expressions with features unique to the Chinese language, such as terms that are difficult to understand outside their cultural context and archaic terms like the ones used in traditional Chinese martial arts, philosophy and medicine.

To add to these efforts, a number of training programs will be created that will allow expert translators from China and abroad to interact, exchange ideas and keep up with the latest language trends. This will involve starting teaching programs for translating more exotic languages like Thai, Vietnamese and some Indonesian and African languages for which there are currently very few competent translators in China.

China already plays a big part in the global economy and is economic and political force to be reckoned with. With the opening of the China Academy of Translation, China has now made its first big steps towards becoming an important part of the global culture. The academy will serve as a focal point of China’s efforts to modernize and improve the Chinese translation industry, which is just an interlude to the country opening up to the world, sharing its culture and promoting cross-cultural relations.