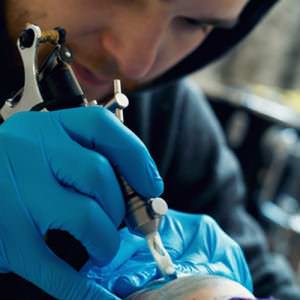 No matter a company’s origins or how niche the business is, it could find success in new countries.

Sarah Brown and her husband started Critical Tattoo, a company that makes tattoo machinery, in 2005 and they have since seen a huge growth in business. Specifically, their global sales have increased. Brown explained to Bloomberg Businessweek that while the duo’s original goal was to just streamline the standard machinery and improve the daily operations for tattoo artists, they soon saw how they could change the industry.

“The sheer volume of distributors for the equipment in different parts of the world started to give me a sense,” Brown said. “There’s a huge global market, and it’s bigger than I initially thought.”

According to the entrepreneur, the company now consists of eight people and is expected to bring in $2 million in revenue this year. Germany, England and Australia are some of the biggest foreign markets, with close to 70 percent of Critical Tattoo’s sales coming from overseas.

Brown added that there are several foreign imitators out there, with at least six versions of Chinese-made copies of their equipment. Undeterred, the business owner explained that if it is going to happen, it will happen, and she and her husband try to stand apart with their service and marketing.

Regardless of the industry in which a business operates, either moving overseas or working in a foreign market can be difficult. When it comes to financial issues and copyright, it can be even trickier. By partnering with a firm that specializes in business translations, entrepreneurs can worry about one less aspect of their company.

Document translations specifically can assist owners as they attempt to operate in a new country, guaranteeing that the original idea of their product or service is not compromised.