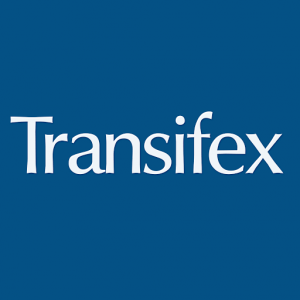 One of the greatest challenges a programmer faces is how to come up with an efficient engine for the purpose of translation. Indeed, there are numerous programs that offer this kind of service, but all of them share a flaw – inaccurate translation, simply because they are trying to cover a vast number of different languages. In other words, their aim is to provide a service for wider masses castigating the aspect of the translation quality.

If one would use Google translate in order to translate a certain text, he would immediately notice the lack of accuracy in translation, however, it would be a lie to say that he would not understand what the text was all about. In other words, due to the fact that languages differ from one another in terms of morphology and syntax (with complicated morphology, the syntax is simplified and vice versa), mistakes are very often unavoidable when we rely solely on the engine.

CEO of the Transifex, Dimitris Glezos recently shared the news concerning their project for making an accurate engine for translation. This project received a significant financial boost from leading international investors, 2, 5 million dollars of funds to be exact. Dimitris was a student at the University of Patra and he built the Computer Engineering and Informatics Department’s website, while he was working as a programmer. The subject of his doctoral thesis was fuzzy logic in artificial intelligence systems and he was also actively involved in the open-source software community.

Transifex had 1000 translators and 300 programmers at its disposal, and all of them started working voluntarily. Dimitris stated that this partnership was hindered by the fact that translators didn’t want to get involved in anything connected with technical issues, whereas programmers avoided any problems related to language. Out of this relationship, Transifex emerged – a piece of software that made collecting, translating and delivering digital content significantly easier.

One of the amazing features that Transifex possesses is so called “translation memory”, and it has the potential to make translation engine substantially efficient. The basic principle behind this program is storing of translated data, and whenever a need for new translation arises, the algorithm will locate the similarities in text and use the solutions it has in store. This means that with every new translation input, the AI grows and becomes more reliable for solving translation problems.

This also makes the whole process a lot faster, and therefore cheaper for its users. Indeed, this kind of approach can eventually provide people with swift and accurate service available for everyone. If this works, people will finally be able to communicated and finish any business transactions which were previously obstructed by foreign language. A software like this could mean a breakthrough in the area of international communications.

A seed of doubt

Even though the whole thing sounds amazing, one cannot help but wonder if something like this is really possible, owing to following reasons. The innate ability to use language is pretty complex as well as the way people use language. It is pretty hard to believe that an AI is capable of recognizing context, therefore it can be difficult to overcome problems that emerge between surface structure and deep structure within a sentence, in other words – ambiguity.

To exemplify this, consider the following sentence: “A boy was sitting on a chair with a broken leg.” It is pretty obvious how this sentence is context dependant, in order to know whether the boy is injured or is the word broken actually connected to the chair. Also, language is a combinatorial system that uses a limited number of symbols to create an unlimited number of sentences, so in theory, this software can never be fully completed. Additionally, other translation services usually incorporate a touch of human mind into a final product.

In other words, machine is only use to provide a first draft of translated text and afterwards native translators rectify any irregularities that occurred during that translation. This is because there is no existing software capable of providing its users with perfectly accurate service, perhaps Transifex will be the first to achieve such a goal and create an engine that has zero human dependency in the end.