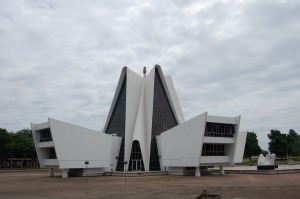 Translation software from India is quickly garnering international recognition. The software, developed by a faculty member at Punjabi University, was recently showcased at the both the University of Edinburgh and the Indian Government’s Technology Development for Indian Languages (TDIL) and now is available to the public.

…Vishal Goyal, assistant professor at the department of Computer Science at Punjabi University, recently explained. Goyal added that the software is about 95 percent accurate, which is remarkably high for translation software programs. It is anticipated that the success rate can be boosted even further through expansion of the system’s bilingual dictionary.

Both Modern Standard Hindi and Punjabi are official languages of India. Spoken by roughly 180 million people, Hindi is the fourth most widely spoken language in the world. It is most commonly spoken by those in Delhi, Uttar Pradesh, Uttarakhand, Chhattisgarh, Himachal Pradesh, Chandigarh, Bihar, Jharkhand, Madhya Pradesh, Haryana, and Rajasthan.

Punjabi is also the fourth most spoken language in England and Wales and third most spoken in Canada. Though it is not an official language of India, it is recognized by the Indian constitution at a state level. In Pakistan, by contrast, it is not officially recognized.

It is hoped that improved Hindi-to-Punjabi translation capabilities will enhance communication on the subcontinent. Translating between the two languages is certainly no easy feat, complicated by spelling variations and collocations. All in all, the new software presents an innovative step toward improved communication.