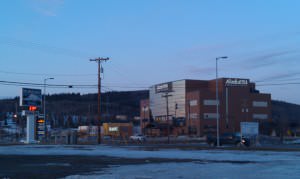 Earlier this month, a U.S. district court judge ruled that the Alaska Division of Elections was in violation of the Voting Rights Act by failing to provide election materials in two endangered indigenous languages, Gwich’in and Yupik. In order to comply with the act, the state must translate the material. The ruling means that hundreds of Native Americans in remote regions of Alaska will be able to vote in their native language for the first time. Previously, only information about polling locations and times were delivered to Native Americans in these indigenous languages. All other election materials were in English, and outreach workers were charged with assisting voters with translations.

Judge Sharon Gleason ordered that state officials provide written translations of all voting materials that an English-speaking voter would receive. Judge Gleason ruled that the Alaska Board of Elections was in specific violation of Section 203 of the Voting Rights Act, which mandates the translation of all election materials, not just ballots, when more than 5 percent of a local population speaks a language other than English. In her decision, Gleason said that by placing the responsibility for translation on outreach workers, government officials failed to give native voters information that was equivalent to what English-speaking voters received.

Alaska has a long and troubling history of disenfranchising indigenous voters. As recently as 2011, the state fell under a Department of Justice investigation for an attempt to eliminate rural voting precincts, a move that would have forced many native Alaskans to travel more than 70 miles to a polling station. It is hoped that the translations will improve native Alaskan access to voting, as well as help to preserve two endangered languages.

Gwich’in (Kutchin) is one of the Athabascan languages, a family of languages spoken throughout Western North America. Comprised of 53 languages spread across over 4 million square kilometers, the Athabascan language family, sometimes also referred to as the Dene, Athapascan, or Athapaskan language group, is the largest North American language family. Gwich’in is spoken in various Alaskan villages throughout the Arctic Circle, as well as in areas across the Northwest Territories and Yukon Territory. Categorized as a severely endangered language by UNESCO, fluent speakers of the language currently number around 300.

Yupik pertains to the Yupik languages, which is comprised of several distinct languages spread throughout western and south-central Alaska and northeastern Siberia. Belonging to the family of Eskimo–Aleut languages, Yupik is also considered to be endangered. Several Yupik languages have already died out, including Sirenik. Formerly spoken on the Chukchi Peninsula, it has been a dead language since 1997.

“Some of it is very technical language, legal jargon, and [it] can be difficult to translate into our language,” explained Gwich’in speaker Allan Hayton, who has been charged with translating the election materials into Gwich’in. Hayton points out that the language is totally distinct from European languages, with its own varied vocabulary and grammatical structures. Furthermore, there are many words in the election materials that simply don’t exist in Gwich’in, including terms like “commerce,” “marijuana,” and “Department of Natural Resources.”

In fact, in Gwich’in there is no word for election — the concept simply doesn’t exist. “If you were going to set out to design a language that was as different from English as possible, you would probably come up with something like Gwich’in,” explained Gary Holton, a linguist at the University of Alaska, Fairbanks.

But if anyone is up to the challenge, it is Hayton. He and his colleague, Marilyn Savage, have English translated into their native language a range of different materials, including the works of Shakespeare. Still, Savage insists that this project is uniquely personal. “I’m thinking about my uncle in Fort Yukon … He’s blind and so it will be good for him to hear our language. I think he’ll have a sense of pride and for a lot of us it will increase voting,” she explained. ”So people will say ‘Oh, did you go to vote? It’s in our language now,’ so I’m excited about it.”