sales@thetranslationcompany.com800-725-6498
Home > Language News > Which Translation Strategy Is Right for Your Company?

Which Translation Strategy Is Right for Your Company? 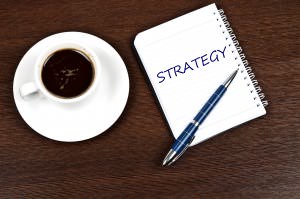 Good translation is more than just putting words in one language into another language. Effective translators also put a great deal of thought and energy into choosing an appropriate translation strategy in order to boost the overall quality and effectiveness of the final text. So, which translation strategy is right for your company? Let’s take a look at the different options.

Borrowing is essentially the practice of borrowing a word from another language. Borrowed terms are typically adopted from their original language into a second language, especially in the fields of technology (i.e. software, Internet) and culture (i.e. punk, emo, rock ‘n’ roll). A translator will typically borrow when translating if A) the target language has no known equivalent, B) the source language word sounds better or is frequently used when compared to equivalent words in the target language, or C) the translator wants to preserve a bit of flair of the source language (for example, a newspaper article on Mexican cuisine might chose to keep Mexican food terms in their original Spanish).

Calque refers to literal translation at a phrase level. This is incredibly common in regard to customer service phrases, business phrases, and technology phrases. For example, “quality assurance,” a common business term, is translated literally into a variety of different language, including “aseguramiento de calidad” (Spanish), “assurance qualité” (French), and “qualitätssicherung” (German).

A literal translation strategy is, as the name suggests, a strategy that involves translating each word literally. In some cases, this works out pretty well. For example, “hay una mesa verde en nuestra cocina,” can be literally translated to English as “there is a green table in our kitchen.” However, in other cases, this is a recipe for disaster. A good translator will know when it is appropriate to translate literally and when it isn’t.

In transposition, different parts of language are rearranged to accommodate structural differences between languages. For example, “me gusta nadar” would be translated to “I like swimming.” The conjugation of the verb is different, because the infinite form (to swim) is used differently in Spanish than it is in English.

Modulation involves using a different phrase in the source language to convey the same meaning in the target language. For example, an appropriate Spanish to English translation of “te lo dejo” would be “you can have it.” In this case the translation doesn’t bear much resemblance to the literal translation (“I’ll leave you it”), because the modulated translation is much more natural sounding and flows much better.

Reformulation means you need to totally reformulate the text. This means words must totally be changed in order to convey the same meaning. This is especially common with idiomatic expression, where a word for word translation isn’t likely to make much sense.

Ultimately, there is no single “best” translation strategy. The most successful texts will typically employ a variety of different strategies in order to yield the best translations.