The Role of the Target Language in Translation

What does Target Language Mean? 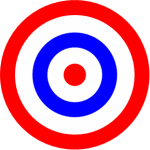 What must be considered in the Target Language?

If a company is considering translation, the first step in approaching this process is deciding what information to translate for their target market.

This question is crucial and should be well thought out beforehand. It is also a good idea to contact a professional translation company far in advance to discuss the translation project.

Companies as well as translators should go through these target language questions to decide how to proceed with translations:

A business should aim to have their target audience not just understand the translated materials, but also relate and engage with it.

This will give a company a reputation of professionalism and attention-to-detail in numerous languages and markets.

This is also why hiring a professional, reputable translation company is essential to a company’s success.

The word ‘culture’ is known for pertaining to three main categories of human activity:

The “target culture” is the culture in which the translated documents are intended. This is something a translator and a company must keep in mind before entering the translation process.

It is essential for a business to be culturally relevant (and accurate) in a foreign market to avoid misappropriated information to the target culture at all costs.

As cultures are beginning to have more and more interaction with one other, multicultural connections are more relevant than ever.

This greatly influences a text when figuring out how to go about its translation. A translator is not simply dealing with word-for-word translation. They have to take into account the target audience’s: