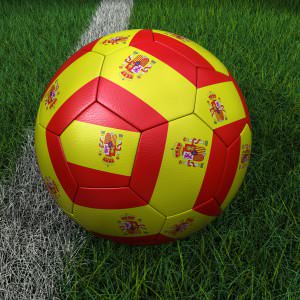 If there is something that minorities will appreciate is when a state attempts to make them feel more welcome. This is usually achieved when that state is trying to eliminate the need to force people to learn the foreign language in order to function normally within its borders. The state of Connecticut has recently made another step towards that goal by translating to Spanish a tutorial video for Hispanic citizens. This was done in the form of a tutorial video for Spanish speaking audience in order to simplify the state tax form.

Kevin Sullivan appeared in a 13-minute video that explained to Spanish-speaking residents how to handle the previously mentioned state tax form. Because there are a lot of Spanish business owners in Connecticut who cannot comply with the state tax laws, since they do not understand them, Kevin felt it was necessary to provide an elaborate explanation in their own language. He appears at the very beginning of the tutorial greeting the citizens with a single word – “Hola” – after which a Spanish speaker woman took over and proceeded with the explanation in Spanish.

Being a commissioner of the Department of Revenue Services, Kevin acted following his responsibility and made sure everyone was able to understand the form. This 13-minute video contains a demonstration of how to electronically file the previously mentioned state sale as well as use how to use tax returns.

This is a great way to display how his department actually serves the taxpayers and does not exist for the sole purpose of gathering their taxes. Like it was mentioned before, people who live their lives in a different states should feel more appreciated by being addressed in their native language.

Current data shows that 15 percent of Connecticut’s population consists of Spanish-speaking residents. Moreover, there are approximately 14,000 Hispanic-owned businesses in the state. Governor Dannel P. Malloy declared that the real progenitor of the idea was the task force established to evaluate the state’s communication policies. Sullivan also stated that he hopes for more tutorial videos providing instructions for Connecticut’s Spanish-speaking citizens to emerge in the future.

This was not the first of Sullivan’s contributions to this department, namely, soon after he had become a commissioner in 2011, Google Translate was added to the agency’s website. Sullivan claimed that this was one of the easy ways to make their website more user-friendly.

Additionally, the video will be promoted thanks to the agency’s official who contacted Spanish-language media. A spokesman for the Connecticut Society of Certified Public Accounts, Mark Zampino congratulated Sullivan on his efforts stating that making of this video was a good move. He also added that they are in constant search of CPAs who are fluent in Spanish, Polish, and Russian languages.

Impact on the future

Taxes are going to play an important role in Malloy’s campaign for a second role. Increased income and sales tasks during 2011 occurred in an attempt to close budget deficits, and the Democratic governor and Democrat-led Legislature passed down the decision. This had brought upon some sharp complaints from rival Republicans and critics.

Malloy defended his fiscal policy, adding that in the future, they will endeavor to simplify state’s tax code and thus make it more accessible. This plan has been implemented, and the administration is already searching for ways to make complicated state tax instructions less troublesome to understand.

One may argue how all of this is just a presentation assembled to boost one’s political campaign. Regardless of the case, this should be the standard that any state should strive to achieve and make different nationalities more welcome.

This is one way of showing that the state has sincere respect for other cultures and does not impose its own cultural values upon them. People view their culture and language as a part of their identity and would like to hold on to it even in different surroundings. In addition to that, the true values of the particular state are reflected in the way it treats and how that state feels towards minorities who live there.