sales@thetranslationcompany.com800-725-6498
Home > Language News > To Infinity and Beyond…

To Infinity and Beyond… 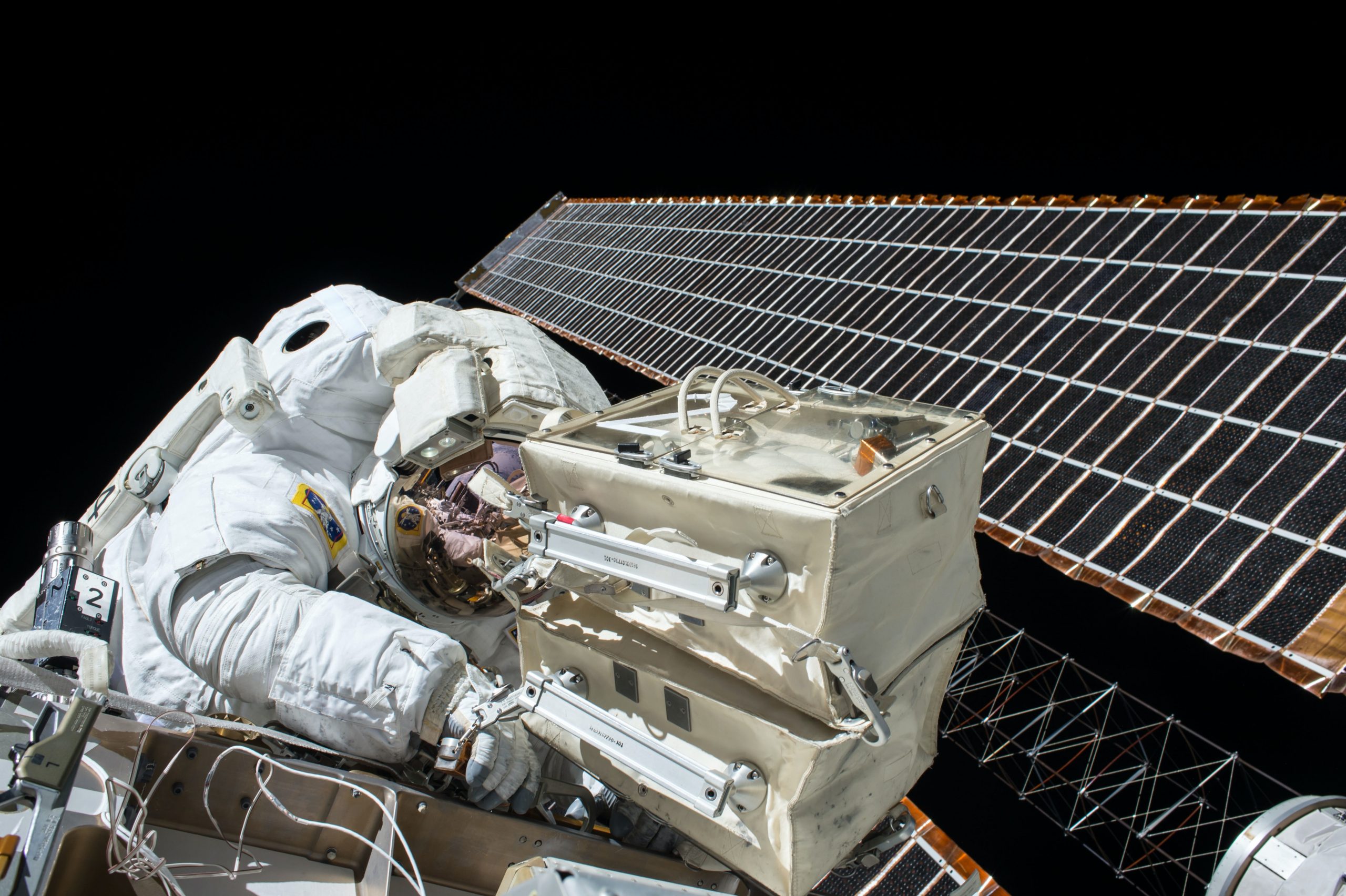 To Infinity and Beyond…

“If we adopt the same collaborative mindset and practices that got to the moon and back, and that built the International Space Station, we can alleviate poverty – and do much more.”

Space has captured our imaginations since the dawn of humankind. Galaxies far far away have seeped into human traditions, religion, culture, and society. From star signs to the tides, gravity to divination; the great beyond influences us physically, mentally, and spiritually.

The Space Age is the dawn of our universal exploration. It is the period encompassing all the activities related to the space race, space exploration, space technology, and the cultural developments. And were also influenced by these events, beginning with the launch of Sputnik 1 in 1957, and continuing to the present.

The Space Age began with the development of multiple technologies that converged on October 4, 1957, with the launch of Sputnik 1 by the Soviet Union. This was the world’s very first artificial satellite. The launch of Sputnik 1 ushered in a new era of political, scientific, and technological achievements that became known as the Space Age! This speared the rapid development of new technology and a race for achievement – mostly between the United States of America and, what was known at the time, the Soviet Union.

The Space Race reached its peak with the Apollo program that captured the imagination of the globe. The landing of Apollo 11 was watched by over 500 million people around the world and is widely recognized as one of the most defining moments of the 20th century.

A Change of Pace

However, what could be seen as, at first a sprint to the finish, quickly slowed in speed. For the United States, the space shuttle Challenger disaster, which happened in 1986, marked a significant decline in crewed shuttle launches. Following the disaster, NASA grounded all of its shuttles for safety concerns for two full years up until 1988. Then, during the 1990s funding for space related programs fell sharply as the remaining structures of what was the Soviet Union disintegrated and NASA no longer had any direct competition.

From Government to Private Interests

Since then, participation in space launches has increasingly widened to include more governments and now even commercial interests. Since the late 1990s, the public perception of space exploration and space-related technologies has been that these launches are increasingly commonplace with less and less risk. In fact, launches happen so often, most barely make the news.

Russian – The Language of Space?

After Apollo 11 won the space race and took the crown from the Soviet Union, which seemed certain at that point to be the first nation on the moon, it was inconceivable to imagine that any language other than English would be the language of space.

So how did it happen?

The International Space Station (ISS) is a modular space station in low Earth orbit. It is a multinational collaborative project that involves five participating space agencies:

The ownership and use of the space station were established by intergovernmental treaties and agreements and are still jointly held today. The station serves as a microgravity and space environment research laboratory in which scientific research is conducted in a range of fields such as astrobiology, astronomy, meteorology, physics, and others. The International Space Station (ISS) is suited for testing the spacecraft systems and equipment that is required for possible future long-duration missions to the Moon and even further afield, to Mars.

The station is divided into two sections:

Therefore, onboard the International Space Station astronauts must speak English and Russian to near-fluent level, while knowing additional languages is even better.

As of August 2021, 244 astronauts, cosmonauts, and space tourists from 19 different nations have visited the space station, many of them multiple times. This number includes 153 Americans, 50 Russians, 9 Japanese, 8 Canadians, 5 Italians, and 1 Brazilian.

But if there is a large English-speaking section to the International Space Station and the official working language aboard the station is English, why is Russian obligatory?

NASA decided to permanently ground all U.S. Space Shuttles in 2011. NASA has since relied on Russia (and now SpaceX) to take their American astronauts to and from the International Space Station. Meaning that for most astronauts to travel into space, they must speak English and Russian. After all, Russia’s Soyuz spacecraft is the only way of traveling to the International Space Station. And since all its controls are in Russian, every astronaut must learn the language.

The foreign astronaut, who is also a co-pilot of the Soyuz, must be able to communicate in Russian for the entire six hours of the ascent, since the mission control center near Moscow, gives commands in Russian. Using an interpreter would simply take too long, especially as the further you get from Earth, the longer the delay in communication. Once aboard the International Space Station, the crew communicates in a mixture of English and Russian, so astronauts must be fluent in one of those languages and have a high degree of competency in the other. (Source)

Language is the lyrical heartbeat of any culture. It was also at the heart of many of the challenges during Shuttle-Mir. To learn to speak and read Russian, astronauts across the world have had to master the “strange-looking” Cyrillic alphabet, train their ears and mouths to encompass awkward, new, and very different sounds, as well as grapple with a vocabulary that is rich with meanings.

The U.S. State Department’s Foreign Service Institute has a comprehensive scale for English speakers to understand the level of difficulty and the amount of learning needed to acquire a level of fluency in another language.

The department ranks Russian among several “Category II” languages, alongside languages such as Greek, Icelandic and Croatian, with “significant linguistic and/or cultural differences from English; for example, the alphabet.

To reach a “reasonable” level of fluency in Russian, students can be expected to spend around 1,100 class hours as well as  many hours of their own individual study time. To put that into perspective, compare this to the 575-600 hours needed for languages such as French, Spanish, Italian, Dutch, and Afrikaans.

NASA hires new astronauts every four years or so, and quite a few people apply. In 2013, 6,000 people applied to become astronauts; NASA selected eight. And when a whopping 18,300 people applied for the class of 2017, only 12 were accepted — that’s an acceptance rate of less than 1%. First, you need to complete two years of basic training. That includes both physical training and classroom studying. Astronauts-in-training must also pass physical tests. They need to earn scuba certification and swim three laps in a pool while wearing a flight suit. They must undergo military land and water survival training, too, which is essential for emergencies. (Source)

And even after all of that… astronauts speak mostly about the Russian language’s difficulty being one of the most difficult parts of the training. Denmark’s first astronaut, Andreas Mogensen, once said that learning Russian was one of his biggest challenges as he trained for an International Space Station mission. Former NASA astronaut Bonnie Dunbar also described the difficulties of learning Russian as she prepared to live on Russia’s Mir space station. For her first six months of training, although “you knew the answer, you didn’t know how to say it in Russian. For about six months, I felt like a small child,” she said in an interview published on NASA’s website. (Source)

The situation however is much better for today’s NASA astronauts. They receive years of training in Russian and even participate in homestays with Russian families to become more familiar with the language as it can make the difference between life and death in an emergency. But having two International Space Station languages certainly brings operational inefficiencies and delayed responses.

Do We Need a Singular Language of Space?

Well, do we need an international space language? Experts say that it may be time to consider it, especially since the International Space Station could run out of funding and wrap up operations during this decade. The space world is changing rapidly. China is a strong space power that is only growing its operations and that may in the future partner with the Europeans, at the least. And countries all over the world have talked about landing humans on our neighboring planet Mars, another huge effort that would likely require an international collaboration to succeed.

2021 has seen the dawn of the new space adventure. In the United States, Virgin Galactic conducted its very first suborbital human spaceflight from New Mexico on 22 May 2021 with SpaceShipTwo VSS Unity. Two astronauts were onboard, Frederick Sturckow and David Mackay. The flight was also the first suborbital human spaceflight from Spaceport America. A second flight, carrying company founder Richard Branson and three other passengers, was then conducted on 11 July 2021.

For these journeys, the passengers were not required to speak Russian, English, or any other language, but the golden ticket to space comes at a high price. For a trip on Virgin Galactic’s SpaceShipTwo and Blue Origin’s New Shepard, seats typically cost $250,000 to $500,000.

Then again, after retiring its space shuttle, NASA has had to pay Russia around $80 million for each seat on the Russian Soyuz spacecraft. So whilst private ventures have not yet reached the International Space Station, NASA may be hoping they do so soon to save them a few million each trip.

The goal of NASA is to eventually retire the International Space Station and allow companies to build their space stations with the latest technological designs that require far less maintenance and financial input from the publicly-funded body. In the future, we could see astronauts just rent seats on space shuttles and stay in private rooms in space stations – similar to how a business traveler will buy plane tickets from airlines and sleep in hotels today. Whilst the thought seems like a crazy idea, the reality is that we are already taking the steps in that direction.

So whilst astronauts see the transition into a singular language of space, and an easier outcome for future missions, the reality is that it is likely to become much more diverse.

The Translation Company delivers quality, care, and understanding in every project, offering a range of services that are tailor-made and adapted for a wide range of sectors. The Translation Company guarantees 100% satisfaction on all of their projects and has been in the business for over 15 years – they know exactly how to deliver a fantastic, professional, and high-quality service.

Whether you are looking for that person-to-person translation, typed work – such as research report and data – or a translation of documentation, The Translation Company has all the tools you need to share your work on a global scale.

With offices in the US in Frisco, New York, Dallas, and San Francisco and internationally in China and Brazil, they cover a range of areas and time zones. Offering translation services in over 200 languages with a huge range of subject matter experts, they will be able to assist you in all your translation needs with outstanding quality and service. You can contact them here for more information and a friendly member of their team will be in touch with you to discuss your project further.