Crossing Borders and Language with Science 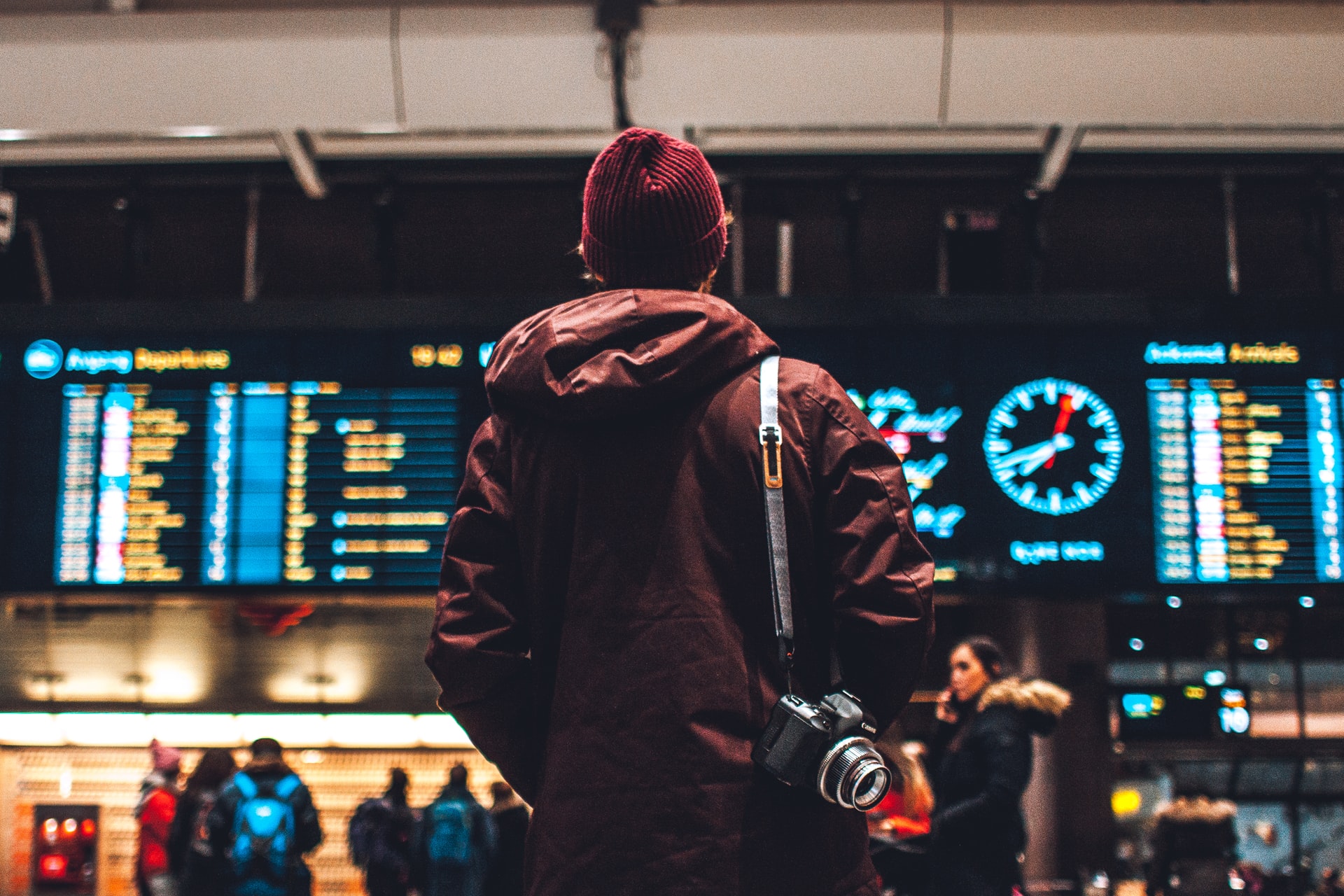 Crossing Borders and Language with Science

“Most of the fundamental ideas of science are essentially simple, and may, as a rule, be expressed in a language comprehensible to everyone.”

Science has dominated the headlines for nearly two years as we have watched the world become gripped by the tight fist of a fast sweeping pandemic: Covid-19. However, as we have seen borders close, restrictions tighten and countries look inwards in order to preserve the health and care system of their nations, science has looked outwards.

It is through this collaboration that theses, journals, studies, research projects, and thousands of hours of work from the greatest minds across the globe have managed to produce the ticket back to normality: A vaccine. But how did they get there with such speed? The answer is a surprisingly simple one – Communication.

Newton’s Principia Mathematica was written in Latin; Einstein’s first influential papers were written in German; Marie Curie’s work was published in French. Yet today, most scientific research around the world is published in a single language, English.

English has been the fundamental basis of this dialogue as it is the universal form of communication in science and mathematics. Although many countries across the world still publish journals in their native tongues, English is still currently the best way to share one’s research and findings with scientists in other parts of the world.

The Story of English and Science

You need to look no further than the Nobel prize awarded for physiology and medicine to Norwegian couple May-Britt and Edvard Moser. Their research was written and published in English. But this was not always so. (Source)

During the Middle Ages, Arabic was the first primary language used for science in all Islamic countries, while Latin was the primary form of communication among scientists across Europe.

“If you look around the world in 1900, and someone told you, ‘Guess what the universal language of science will be in the year 2000?’ You would first of all laugh at them because it was obvious that no one language would be the language of science, but a mixture of French, German, and English would be the right answer,” said Michael Gordin. Gordin is a professor of the history of science at Princeton University. He states that English was far from the dominant scientific language in the 1900s. The dominant language back then was in actual fact, German.

German, French, Italian, and English were all used in their own respective countries, and often came to be associated with a particular discipline of which that nation was known for their expertise. For example, Germany was more popular for physics or chemistry. The dominance and use of each of these languages changed over time, depending on the growth, investment, and decline of science, which was dependent on factors such as the economic state and culture in each country and or area.

After World War 1 things began to change. Outside of Germany and Austria, speaking and writing in German was banned and not just in Europe either. In the US, it was illegal to speak German for a fair few years which had a big effect on the slow swing towards French, Italian, and English becoming more dominant languages in the world of science.

The rate of progression to English from this point came from more and more native English-speaking countries pushing the lines of science and non native English speakers being bilingual from a young age. This made it the easiest option for collaboration and so English slipped into the unofficial language of mathematics and science.

Esperanto an artificial language devised in 1887 as an international
medium of communication, based on roots from the chief European
languages. It retains the structure of these languages and has the
advantage of grammatical regularity and ease of pronunciation.

The biggest challenge to the dominance of English was from an unlikely place. Esperanto is a language that was created by a Polish linguist who was also an ophthalmologist named Ludwik Lejzer Zamenhof.

Esperanto is an extremely easy language to learn as there are no irregular past tenses, no irregular plurals, and no irregularly used prepositions. Additionally, the pronunciation is easy, and the writing system is completely phonetic. But it never quite took off in the way it was hoped for.

Why Was Esperanto a failure?

Since there are no native speakers of Esperanto most would have had to learn it in school. The problem with most native English speakers is that since English is the universal language in many ways, they saw no need to learn a second one. This caused Esperanto to not even be a slight priority for most people in most places.

Benefits of a Singular Language of Science

First of all, English is already widely spoken and learned as the most common second language around the world.

It is used in business, medicine, and many other fields already, so why not use it in science, too? Having just one language as the unofficial, official scientific language also expedites the process of communication between scientists. They all have crucial new information and research to share with the rest of the world regularly.

On the surface, it seems very inclusive as well. For example, as long as you are a scientist and have a good level of English, you can participate internationally in your respective scientific field which opens many doors and career prospects as well as funding options and collaborations.

Difficulties of a Singular Language of Science

English, for better or worse, is the international language of science. And most, if not all, of the world’s greatest and brightest scientists will speak it as a second language. This means that they shoulder an extra career challenge: not only must they gain command of their science, but they must also be able to write and speak to a professional standard in a foreign language to communicate that science.

When learning English to communicate for travel or other work sectors, a slight mistranslation or use of the wrong tense can make little difference. English is suitable as an international language in a number of ways. On the surface, it’s easy enough to convey basic meanings when conducting trade, business, and tourism, and on news sites and social media. However, when meanings are complex and technical, then precision is a must. This is when the English language can evolve into a more complicated hurdle to overcome.

If we look at languages that use the same alphabet, tense structure, or even have shared words, we can see non native speakers making the transition a little smoother. However, imagine your native tongue is Arabic, Russian or Japanese… a singular unfamiliar language can suddenly become a huge obstacle and a hindrance to the flow of sharing science.

Additionally, it takes a lot more energy and time to write in a language that isn’t your native language, and it also might not end up conveying exactly what you meant to say. There is more to language than just putting words together to form cohesive sentences and phrases. This is even more evident in technical writing. There is also the cultural and contextual aspect that language feeds off of, which means we tend to favor things that are written in our native language as we can immediately connect with the words, the culture, and context.

When you add complicated scientific terminology into the mix, you can end up with scientific writing that just doesn’t express itself as authentically as it would if it were written in the scientist’s native language.

How to Bridge the Language Barrier

While the rise of English as a global and scientific second language does handicap some scientists in other countries, it has also been instrumental in greasing the wheels of communication, says Ben Panko, a staff writer for Smithsonian. Here are a few things you can do to improve your English when writing for scientific purposes:

English boasts over 1 million words in its arsenal and if we compare that to Spanish that sits at around 100,000, you can see that English has a lot of ways to say the same thing. Remember though, when you are learning English, it is encouraged in tests to show your range of vocabulary, to be flowery, to depict and describe with a broad range of adjectives, phrasal verbs, and changing narratives.

But science is direct. It doesn’t like to be overstated or overly described. The language used is a subset of English all on its own and to truly master that, it takes a lot of time, effort, and hard work.

Start with a bang, because if you want people to keep reading, they like to be hooked. This is similar in some languages and not so much in others. In English texts, we place a lot of front-end emphasis on that all-important introduction so you have to nail it, every single time.

Look For a Mentor

Two things to note here: Firstly, your English teacher who helped you with IELTS, Cambridge, or TOEFL is not the right person, unless they have a background in science or academic writing. Their skillset will only assist you so far and whilst it is the place to start, it is certainly not the place to finish.

Secondly, your colleagues are not your English teachers. That is a bold statement, and I can guarantee that most of your colleagues will help you and your other non English natives will probably have a bunch of handy tips and resources to give you a boost. But, don’t take that for granted. They have their own jobs and deadlines to work to and you can’t always rely on them for the help you need.

That is where a mentor can be a great investment in your time and development. They will have the skills, knowledge, and experience that you need to make English easier.

You are a scientist and that is already a huge achievement. You have probably dedicated most of your adult life to studying your specialty and your work is not just a job but a part of who you are. However, English may be holding you back. If you struggle with language and you’re finding it difficult to produce written documentation, presentations, lectures, and theses to the level needed, you do have options. The best option is to start by looking towards a professional translation company. Not just any translation company, but The Translation Company.

The Translation Company delivers quality, care, and understanding in every project, offering a range of services that are tailor-made and adapted for education and specifically, the scientific sector. The Translation Company guarantees 100% satisfaction on all of their projects and has been in the business for over 15 years – they know exactly how to deliver a fantastic service.

Whether you are looking for that person-to-person translation, typed work – such as research report and data – or a translation of your thesis, doctorate, or report, The Translation Company has all the tools you need to share your work on a global scale.

With offices in the US in Frisco, New York, Dallas, and San Francisco and internationally in China and Brazil, they cover a range of areas and time zones. Offering translation services in over 200 languages with a huge range of subject matter experts, they will be able to assist you in all your translation needs with outstanding quality and service. You can contact them here for more information and a friendly member of their team will be in touch with you to discuss your project further.