Genesis of New Words, Popular Culture as the Main Source 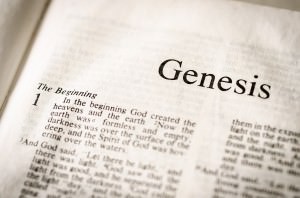 Anyone who spent time dwelling in linguistic areas witnessed how difficult it is to convey one message from source to target text. Sometimes, a corresponding word in the source language simply does not exist, therefore a translator must find a way to deal with this obstacle. Of course, this is not too much of a challenge, since there are two options that a translator can use.

He or she can either just rewrite the whole word, providing its definition at the bottom of the page, or chose the words of the target text that can describe it as closely as possible. However, have you ever wondered how come there are words or phrases in some languages that do not have their corresponding translations in other languages? To answer this question, we must explore the very mechanism behind word creation, and what causes new words to come to life in the first place.

Examples of unique words and expressions

Our consciousness and understanding of the world is greatly shaped by our mother tongue, but also as the collective awareness of certain nation grown, its lexicon updated along with it. Due to this kind of synergy, we can encounter words that are uniquely connected to a certain nation. Our consciousness in a way compels us to segment our surroundings, emotions, or to say it bluntly, we segment our experience of the world in order to express ourselves better. To exemplify this, think about how we are segmented (hand, palm, finger, lips, chin, cheeks, forehead, etc.).

On the other hand, one can’t help but notice how a space on which one grows a mustache does not have its name. It appears that the need to name that particular part of our face never emerged. The issue of the missing correspondent usually comes to life when people describe things that are abstract and cannot be perceived but only felt.

For example in English translations, the general emotion of fear can be graded on a couple of levels - scared, frightened, filled with dread, horrified or terrified - the same can be said for things that induce the emotion of fear - scary, frightening, dreadful, horrifying or terrifying. It would be safe to say that there are languages that do not possess words to describe all of these feelings with accuracy, instead they would only describe them using the existing words in their vocabulary.

Additionally, there are examples of animal categories where either the male or female member of the species does not have its name. Instead, the prefix he, or bull is used to describe a male, and she, or cow, for a female. As far as other languages are concerned, there are words that are defined by a particular experience, like a Japanese word “shinrin-yoku”, which describes a constitution-boosting trip to the woods - see how the whole experience is unified within one word.

Popular culture as the main progenitor

As we all know (or don’t), there are a couple of ways of forming new words within a certain language:

Popular culture plays an important role in creating neologisms, and people who have an immense impact on the popular culture are those involved in the entertainment industry. In other words, celebrities are those who have the power to influence the youth and compel them to use the words they created.

Right now, the word that comes to my mind is YOLO which stands for “You only live once” and it encourages people to be less hesitant, take risks and not second guess their decisions. This acronym was created by rapper named Drake and it has inspired both admiration and hate in people, which was more than enough to receive the status of a fully-fledged word. The same can be said for the word “selfie” which was adopted almost everywhere across the globe.