What Happens When You Feed a Translation Program Complete Nonsense

Machine translation has never been better. As major tech companies like Meta continue investing in it, there’s every reason to believe that machine translation will only become increasingly accurate as time moves forward.

But they’re still not perfect. And one cognitive scientist, Douglas Hofstadter, has devised a comical experiment to prove it.

Hofstadter is a faculty member at Indiana University who has had a lifelong passion for the Swedish language. After years of formal and informal studies with friends and teachers, he’s developed the ability to speak at a reasonably high level.

Given his love of language and learning, Hofstadter says that he’s enjoyed discovering the weaknesses of machine translation technologies as they’ve improved over the past few years.

That led him to wonder, what would happen if you fed a sophisticated machine translation service a paragraph of complete gibberish? He set out to find out.

The idea was to write a paragraph in Swedish that was total nonsense, yet coherent enough from a grammatical perspective to make sense to a machine translation algorithm.

There were two purposes for this little experiment. Hofstadter wanted to see what would happen. In other words, how would the machine translation tool deal with the fact that the content was gibberish but it made grammatical sense?

Additionally, he wanted to see whether different machine translation tools would produce different results. That is if he fed the same paragraph of gibberish into Google Translate, would the English translation be the same if he fed it into other translation technologies?

Hofstadter put his paragraph of Swedish gibberish into Google Translate, Baidu, DeepL, and several other translation tools. He found that all of the tools translated the paragraph as if it made real sense, even though it had no meaning.

This is what Hofstadter himself had to say about the results:

Of course, none of the three machine-produced paragraphs has any meaning whatsoever, but the systems aren’t aware of that flagrant lack. This is because they have no notion of what meaningfulness and meaninglessness are. They are not thinking while translating; they are just doing very complicated but knee-jerk reflex operations with pieces of text.

Amusement aside, you may be wondering what the point of all this is. There are two things we can learn from Hofstadter’s experiment.

First, it’s a reminder that machine translation algorithms only follow a set of complicated rules when performing translations. They don’t actually seek to understand or generate meaning from whatever is inputted into them.

It’s a reminder that, although machine translation can be quite helpful in minor situations, it’s still not perfect. Relying on it too much could create strange scenarios like the one we’ve covered in this article.

How Close is AI to Dethroning Translation Companies 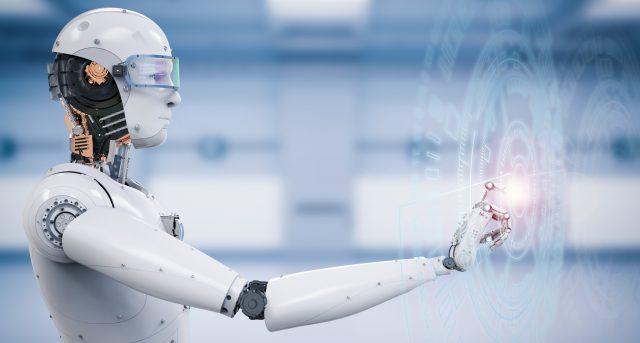 Artificial intelligence is one of the world’s most prevalent economic growth sectors. It’s a technology that can be applied to many different industries – from education and investing to self-driving cars and medicine.

Some companies, like Meta, are also beginning to use AI to create more powerful translation bots. There’s even some talk that these bots will be good enough to replace translation firms in the future. But is that actually true? If so, when might it happen?

We put together this article to answer those questions. Keep reading to learn more.

Can an AI language bot replace a translation company today?

It’s impossible to discredit the advances that have taken place in AI-powered translation technology over the past decade. Breakthroughs have led to significant progress in the overall quality of translations from major language bots.

But despite these advancements, AI is not a full-scale replacement for a translation company today. The reason for this is that modern AI-powered language networks are still incapable of grasping much of that subtlety in human speech patterns.

Being able to exercise this kind of precise judgment with word choices is difficult for even humans to do. It’s led to a few humorous marketing situations, like KFC’s famous slogan “Finger-Lickin’ Good” being translated to the equivalent of “Eat Your Fingers Off” in Chinese.

That being said, there are some situations in which AI-powered language bots are already very useful. For example, you can use them when you just need to translate a single word or phrase. They’re also really useful in casual conversations that don’t need to be 100% accurate.

Will AI ever dethrone translation firms?

If AI isn’t a replacement for translation companies just yet, you’re probably wondering if it could be in the future. The answer would depend on what the development of artificial intelligence technology looks like over time.

For example, AI needs to be able to grasp the subtleties of human language more effectively than it currently does. But we don’t know when or if that will happen.

There’s also the problem of the original content. What if it’s written poorly? If you try to translate English language content with poor word selection, those issues could be exacerbated when you send the material through a translation bot.

The reality is that a human will likely always need to be involved in the translation process in one way or another. Even if AI becomes powerful enough to replicate the performance of a translation company, most businesses are still going to want a human to look over the translation to ensure it’s accurate.

If you’re trying to decide between using an AI tool or hiring a professional firm, let us show you the difference that we offer at The Translation Company.

Our team of experts can translate all of your documents into more than 200 languages. So no matter what type of content you want to translate, we can get the job done for you accurately and at a price point that you can afford.