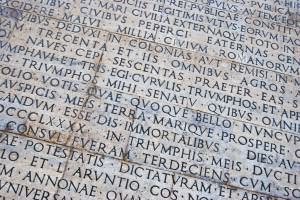 A translation of a Vatican document on outreach to gays has recently sparked controversy. The document in question was a summation of a two-week meeting called by Pope Francis, known as the Synod, in which 190 high-ranking Catholic clergy members met to discuss the fact that many practicing Catholics disregard core church teachings, particularly those dealing with sex and marriage. The clergy set out to discuss how core values might be reinterpreted or reframed in order to make them more relevant to the modern world. A key part of the document was a summation dealt with gay themes that had been discussed, including how to welcome gays into the Catholic community.

The Controversy: To Welcome? Or to Provide for?

“Accogliere” is the original Italian translation that sparked the controversy. The Italian heading for the controversial section reads, “accogliere le persone omosessuali.” The Associated Press reports, “The first version (of the translation) asked if the church was capable of ‘welcoming these people, guaranteeing to them a fraternal space in our communities.’

The new version asks if the church is ‘capable of providing for these people, guaranteeing … them … a place of fellowship in our communities.’ The first version said homosexual unions can often constitute a ‘precious support in the life of the partners.’ The new one says gay unions often constitute ‘valuable support in the life of these persons.’”

It seems that the first version of the translation, in which the stated goal was “welcoming” gay and lesbian parishioners, sparked outrage among traditional Catholics, particularly in the U.S., prompting the change. The English version, first released on Monday, was changed on Thursday. Several Italian scholars said the first translation released was unfaithful and a flagrant falsification of Vatican aims.

Massimo Faggioli, an Italian theologian, insisted, “I am Italian and that is not a translation, it is a falsification.” No other version of the document, which has also been translated into a range of other languages, was changed. Still, others contend that the first version was the more faithful translation, and that “accogliere” does indicate “to welcome.”

It has been reported that the welcoming nature of the original translation of the document, and the ensuing criticism, sparked panic among the clergy. They are afraid this welcoming language will confuse people. “They’ll think the church is going to change its teaching,” explained the Rev. Thomas Reese, who points out that none of the 190 clergy are pushing to change the teachings of the Church.

Still, it should be noted that these summaries are not final reports. The final report of the Synod will be released on Saturday. Many suspect that the final report could clear up any confusion on the document translation and clarify the church’s position on several matters, including gay themes.