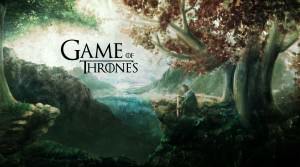 Forget about media translation services. When it came time to turn the popular “Game of Thrones” book series into an HBO television series, the creators had to bring the language alive. But they didn’t turn to a translation company to bring the book’s exotic languages to life. They hired David Peterson, a professional language creator. Peterson has created Dothraki, High Valyrian, and several dialects of Low Valyrian for the show, which has a devoted fan base. He says he has crafted over 5,000 words in total.

Experts say this kind of language development is part of an emerging trend in Hollywood. “There’s been a sea change in Hollywood. They realize there’s a fan base out there that wants constructed languages,” said Matt Pearson, a linguistics professor at Reed College in Portland, OR. Pearson was the creator of the language Thhtmaathe. Thhtmaathe was the language of the aliens on the NBC series “Dark Skies.” The bottom line? Forget about media translation services. Language development is the next big thing.

As it turns out, developing a language is much more complex than your standard professional language translation services. How was Peterson able to pull it off?

Peterson explained that two main factors come into play: topography and technology. “The topography of the area, which helps determine what these people do and don’t have words for, and what their lifestyle is like,” he said. “The second factor is their level of technology. The world of ‘Game of Thrones’ is at a significantly lower level of technology than the modern world. And in the case of Dothraki, they are at a technology level that’s below even that. It seems that their culture is very insular. They don’t let their interactions with other people influence their lifestyle. What that said to me is that the Dothraki are going to have words for their own lifestyle, and they may borrow other terms. For example, the Dothraki word for ‘book’ is borrowed from Valyrian.”

Of course, Peterson has also added several personal touches to the language. “My wife has a word in every language. Her name is Erin, which is the basis for ‘kind’ in Dothraki,” Peterson explained. “My cat’s name is Keli and the word for ‘cat’ in High Valyrian is ‘kēli.’” For more great insights into the language creation process, check out this interview.

Playing Translation Jokes on the Audience

“There’s a scene where the Meereenese rider is challenging Daenerys’ champion. He’s shouting and Nathalie Emmanuel [Missandei] is translating — but she’s not translating what he’s saying,” he said. “He’s actually saying a Low Valyrian translation of the French guy’s insults in ‘Monty Python and the Holy Grail.’ That was [series creator] Dan Weiss’s idea. It was so hilarious that I had to do it.”

So that part where the champion is insulting Daenerys Targaryen? He is actually saying: “You don’t frighten us, English pig-dogs. Go and boil your bottoms, sons of a silly person. I blow my nose at you, so called Arthur King, you and all your silly English Kah-nights.” Other hidden insults include calling Daenerys an “empty-headed animal food trough wiper.” He also told her that her mother was a hamster and that her father “smelled of elderberries.”

It is something only the most devout fans familiar with the language would have detected. But it is pretty funny. What could be better than a translation joke?