The 6 Best Translations of Literary Classics 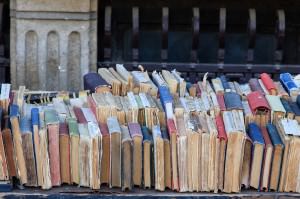 In search of some new reading material and wondering about the best literary classics in translation? Take a look at our list.

Often hailed as the great comic masterpiece of Russian literature, “Dead Souls” weaves a wildly exaggerated tale of the antihero Chichikov, who roams across the Russian backcountry in search of “dead souls,” deceased serfs who can still be traded in for money. An amusing but realistic depiction of the pomp, vulgarity, and banality of Russian peasant life, Richard Pevear and Larissa Volokhonsky’s English translation is as amusing as the original Russian text. These two master translators, both winners of the PEN/Book-of-the-Month Club Prize, have garnered critical acclaim for their translations of major classics from authors like Tolstoy and Dostoevsky.

Mikhail Bulgakov’s “The Master and Margarita,” Translated by Mirra Ginsburg

Written between 1928 and 1940, what is now Bulgakov’s best-known work was not actually published until 1967. The work chronicles Margarita’s efforts to win back her lover with the help of the Devil, who mysteriously appears one afternoon in Moscow’s Patriarch Ponds. Believe it or not, this masterpiece actually inspired one of the Rolling Stone’s hit songs — “Sympathy for the Devil.” Written by Mick, the song recounts the atrocities of human history from Lucifer’s first-person viewpoint.

Published in 2009, “Spilt Milk” isn’t a classic just yet, but we can assure you that it’s well on its way into the cannon. Winner of the 2010 São Paulo Prize for Literature, “Split Milk” is narrated by a dying patriarch who presents the history of his family as he lies in his hospital bed.

It is impossible to mention Latin America’s Literary Boom without bringing up “One Hundred Years of Solitude.” Arguably Nobel Prize winner García Márquez’s best work, this novel recounts the story of the mythical Macondo, inspired by the real-life banana town where Márquez grew up. Since its publication in 1967, the work has been translated into close to 40 languages and has sold well over 30 million copies.

Often hailed as the greatest novel of all time, “Madame Bovary” tells the story of the infamous Emma Bovary, a doctor’s wife who has an illicit adulterous affair in order to escape the banalities of her dull provincial life. As James Wood wrote of the work, “Flaubert established for good or ill, what most readers think of as modern realist narration, and his influence is almost too familiar to be visible.” Lydia Davis manages to breathe new life into this iconic classic with her skillfully rendered translation. Also a French translator of literary giants like Proust and Camus, Davis perfectly captures the tremendous subtly of Flaubert’s prose in English.

Grazia Deledda’s “After the Divorce,” Translated by Susan Ashe

When an innocent Constantino is convicted of murdering his uncle, his wife, Giovanna, divorces him and remarries a wealthy but cruel landowner in order to secure her family’s economic future. When the true killer confesses and Constantino is released, he and Giovanna begin a passionate but illicit affair. Awarded the Nobel Prize in 1926 for “for her idealistically inspired writings which with plastic clarity picture the life on her native island and with depth and sympathy deal with human problems in general,” Deledda is one of Italy’s most important writers and “After the Divorce” is arguably her best work.