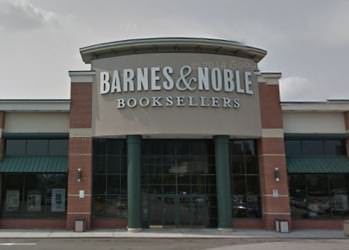 Posted on: 10/23/2014 by The Translation Company Administrator

Posted on: 10/23/2014 by The Translation Company Administrator

The power of Amazon is getting out of hand. Last May, a dispute between Amazon and prominent publishing house Hachette triggered an all-out commercial war. Amazon wanted a larger cut of Hachette’s sales, and when Hachette said “no way,” things got ugly, to say the least. While Amazon didn’t actually ban Hachette from selling books on the e-commerce site, it might as well have. According to reports, Amazon made use of a whole host of dirty warfare tactics throughout the feud, delaying delivery of Hachette books, raising their prices, and steering customers to other publishers.

All is fair in business, right? Not really, actually. When John D Rockefeller’s Standard Oil Company started refusing to ship oil via railroads that wouldn’t grant the company special discounts, Teddy Roosevelt stepped onto the scene and said, “No, that’s not OK.” The president broke up the monopoly, dividing the business into 40 smaller companies.

Too Much Power for a Retailer

The bottom line? Basically, we need an Amazon trustbuster on the scene. It’s time to do something about the Amazon monopoly, and the sooner something is done, the better it will be for all of us. Amazon is abusing its power. It dominates online book sales, and it actually has a market share that is comparable to Standard Oil’s share of the refined oil market when it was broken up in 1911.

“Amazon has way too much power. Although it is inevitable that physical books become
obsolete in the long run, we must support alternative players in the publishing business,”

It’s true that Amazon hasn’t tried to exploit its customers — yet. But it does systematically exploit publishers. It uses its power and dominance to pressure publishers to drive down book prices. And by squeezing publishers, Amazon is hurting writers and readers alike. Publishers need Amazon sales.

And if Amazon decides to stop carrying a book or decides to make ordering a book more difficult in response to a feud with a publisher (as with the Hachette case), that isn’t fair to the publisher and it definitely isn’t fair to the consumer, who shouldn’t be forced to concede to the fact that petty commercial disputes will actually dictate what books they have access to and are able to read.