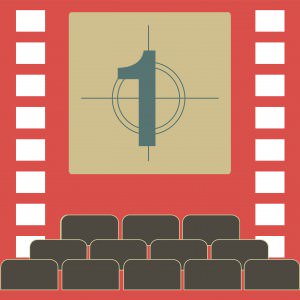 A Welsh theater company has recently launched a smartphone app that will help theatergoers more easily follow along with plays in foreign languages. The app, known as Sibrwd (which translates to Whisper), was developed by the Welsh-language national theater, Theatr Genedlaethol Cymru, in an attempt to improve English-only speakers’ access to Welsh-language plays.

Though the Welsh language is the national language of Wales, only approximately 19 percent of the current population speaks the language, or roughly one in five citizens. And that number appears to be on the decline, down from 21 percent in 2001.

For Theatr Genedlaethol Cymru, that means it can be difficult to engage with the population. Prior to the development of the app, the company had experimented with the use of subtitles in its plays in order to ensure that English speakers in the audience could easily follow along. However, according to executive producer Carys Ifan, the subtitle experience was wholly unfulfilling. The app is “much more creative and more involved as part of the production,” Ifan recently told the BBC.

This innovative app provides audience members with English-language translations of key lines and also provides explanations of scenes. “It’s not a full translation. There are quite short sentences every now and again at key moments,” Ifan explained. “The idea is that people will take their own smartphone, download the app, and then they’ll hear things that we think they need to know to guide them through the play.”

Audience members will need to wear headphones in order to hear the English-language commentary.

The app was developed with the digital agency Galactig and will be first put into use in September with a play called “Chwalfa” in Bangor, Gwynedd. Prior to rollout, however, the app will be tested in the upcoming weeks during a performance of “Dyled Eileen.” The play, which is about the Welsh language campaigner Eileen Beasley, will be performed at the National Eisteddfod of Wales.

The BBC reports that the app was funded with a £41,000 grant by Digital R&D (Research and Development) Fund for the Arts in Wales. The fund is supported by Arts Council Wales, the Arts and Humanities Research Council, and Nesta, an innovation charity. Though the app will only provide English translations for this first play, there is hope to expand translation capabilities to other European languages. The company will take Sibrwd to a conference of minority European languages in Germany this upcoming October.

Ultimately, Ifan is optimistic that the app will expand access to the company’s work. “We want as many people as possible to access our work,” she said. “People will go and see an opera in French or Italian but wouldn’t think about going to see a Welsh language piece. So it’s trying to entice people to make that leap.”

And if the app proves to be successful, there is hope that it could be used around the world. The app is noted for its remarkable international applicability. Its developers, as well as the theater company, hope that it will one day help theatergoers around the world and break down the linguistic barriers that often bar access to plays.