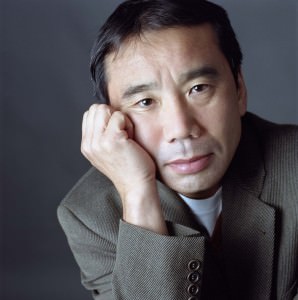 An English translation of a book by acclaimed Japanese writer Haruki Murakami hit shelves in the U.S. last week. The new novel, “Colorless Tsukuru Tazaki and His Years of Pilgrimage,” was originally published in Japan as “Shikisai wo Motanai Tazaki Tsukuru to Kare no Junrei no Toshi” last April and sold a staggering 1 million copies its first week on sale.

Murakami’s 14th work of fiction, the book recounts the experiences of high-school student Tsukuru Tazaki after his group of friends suddenly stops talking to him. Critics have praised the book for both its strong plot and beautiful prose. “Over the course of the pilgrimage, there are moments of gorgeous, contemplative prose,” NPR writer Meg Wolitzer extoled in her review of the book.

Another Masterpiece From a Literary Giant

An internationally acclaimed, award-winning writer, Murakami has often been mentioned as a possible recipient of the Nobel Prize in Literature. His most notable works include “A Wild Sheep Chase” (1982), “Norwegian Wood” (1987), “The Wind-Up Bird Chronicle” (1994-1995), “Kafka on the Shore” (2002), and “1Q84” (2009–2010). Murakami has also translated a number of English-language classics into Japanese, including the works of J.D. Salinger.

Murakami has been influenced by a diverse array of Western writers, such as Chandler and Vonnegut. His work is often considered to be “Kafkaesque,” marked by the surreal, the melancholic, and the fantastic. His innovative works have often aroused the criticism of the Japanese literary establishment, who claim his work is “un-Japanese.”

Though Murakami writes in his native Japanese, English translations of his works have been tremendously popular throughout the U.S. Readers reportedly lined up at New York City bookstores for the midnight release of the new novel. Today, Murakami’s works have been translated into more than 50 languages worldwide.

“Readers wait for his work the way past generations lined up at record stores for new albums by the Beatles or Bob Dylan,” iconic American musician Patti Smith wrote in her New York Times review of the book. “There is a happily frenzied collective expectancy — the effect of cultural voice, the Murakami effect.” Smith’s analysis of the Murakami effect seems quite apropos, considering last Thursday the translation topped the U.S. bestseller list, ending the three-week reign of Danielle Steel’s romance “A Perfect Life.”

With the U.S. release of the novel, critics are just as focused on examining the translation of Murakami’s 14th work of fiction as they are on the actual work itself. The English-language edition was translated by Philip Gabriel. Gabriel is the chair of the University of Arizona’s Department of East Asian Studies and one of the major translators of Murakami’s work. He is the recipient of the 2001 Sasakawa Prize for Japanese Literature and the 2001 Japan-U.S. Friendship Commission Prize for Translation of Japanese Literature. He was also awarded the 2006 PEN/Book-of-the-Month Club Translation Prize for his translation of Murakami’s “Kafka on the Shore.”

However, the depth and complexity of Murakami’s prose means that it is oftentimes quite difficult to translate, even for a master translator such as Gabriel. “At other times, though, I wanted to edit out lengthy descriptions of dreams and stilted language: ‘The tension of suppressed sexual feelings began to take on greater significance than Tsukuru could imagine,’ ” Wolitzer commented. “Whenever I came upon prose like that, I had to wonder if it would read better in the original Japanese, and if the awkwardness was a translation issue.”

Janet Maslin of the New York Times was equally critical. “Either Mr. Murakami or his translator, Philip Gabriel, likes to bludgeon each new thought with brutal repetition,” she wrote in her review of the book.

In spite of criticism of occasional awkwardness, the translation from Japanese has been, overall, quite well received. Though not quite as relevant as some of Murakami’s well-known masterpieces, the work is still an impressive feat from a well-respected literary giant.