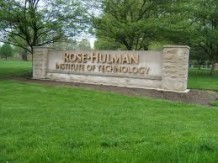 A student may elect to pursue, in addition to one of the regular degreeprograms in Science or Engineering, the special (non-degree) program inTechnical Translation and thereby earn a supplemental Certificate of Proficiencyin Technical Translation in German. Successful completion of this programsatisfies all requirements in HSS courses for graduation in most degree programs.

Engineers now clearly need to learn a foreign language and learn it fluentlyif they are to participate in and benefit from the international trade intechnology. George Burnet, past president of the American Society forEngineering Education, writes, “We are finding that the engineer’s realm ofactivity is rapidly becoming international. The world-wide commitment to technology transfer and development involves engineering practice and education in many ways.” Sylvia Porter, nationally known syndicated columnist, writes, “A full 43 percent of the chief executive officers who have assumed their positions in American’s 100 largest corporations since 1973 have had overseas experience.” Howard H. Irvin, senior vice- president of Borg-WarnerChemicals (and a Rose graduate) says,  “Just think how much the world has shrunk in recent decades, how often we come across people from other countries whom we expect to speak our language; yet, how much could we put them at ease in conversation or negotiation if we could speak or at least understand their language. I know that many a businessdeal has come to fruition because of our ability to communicate in someone else’stongue and many have failed because of our lack of being reasonably fluent intheir language.”

Scientists have always needed to learn a language to unlock the world library ofinformation and the need is still with us. Not all ideas or information are inEnglish. In chemistry, for example, 4.2% of the research indexed in the 1987Chemical Abstracts was published in German and 14.3% was published inJapanese that year. The fact that there may be some valuable idea or piece ofinformation locked in some foreign language is the reason most doctoral programs require a foreign language.

Students who are considering graduate study should carefully consider theadvantage of studying a foreign language at the undergraduate level when, as ithas been shown, it is easier to learn a foreign language. Students who completethis long and difficult program may become professional technicaltranslators, roving international engineers, cross-cultural sales negotiators, transcultural scientists, international intelligence analysts or agents, worldwide business trouble-shooters, intercultural technology transfer specialists, or multi-national corporate executives. Since our program concentrates heavily on the written language, on reading and on logical analysis, graduates of the program will also find themselves particularly well prepared for any career that requires the ability to think and write well.

Check with the institution.

Designed to be complementary to studies of Engineering, the Technical Translation Course introduces scientific and technological vocabulary of the German language, works with complex grammatical structures and applies methods of translation using scientific and technical texts. With an eye in the future, the course’s rationalegiven by the University is very consistent and there is no doubt of the benefits of comprehending the German language in another level for those wishing to continue their studies at graduation level.