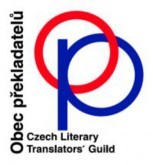 The Guild is a voluntary association of Czech translators of belles lettres as well as translation theorists, critics, historians and scholars.
Besides, the Guild holds an annual competition named after the late Jir? Lev?, an eminent Czech translation theorist, with prizes awarded to young translator
talents for promising work in several genres. The winners' works are presented at public readings and published in literary magazines.
The Guild likewise is represented on the jury of the annual State Prize awarded to distinguished translators whose lifetime work has significantly contributed to the
enrichment of Czech culture.
The Guild holds conferences on various subjects dealing with the problems of literary translation, often with guest speakers from various local and international
institutions, and arranges lecture and research visits for foreign translators and scholars.
To help counter pressures caused by unscrupulous publishing business practices combined with dilettantism, the Guild has started a tradition of having a committee of experts award an annual Worst Achievement Prize which enjoys
considerable publicity.
In 1992 the Guild initiated and produced The Unmentionables: Banned Translators, 1948-1989, a reference manual listing the real authors of 662 literary translations dating from the period of political and cultural oppression when best Czech
translators, writers, journalists, scholars and other intellectuals depended on the courage, dedication and conspiracy of friends to publish and sustain an
existence.
The Guild which has published a roster of its members with their linguistic specialization also offers professional assistance to publishers, other partners and novice translators as well as free legal advice on contractual matters.

The role of the Guild is to protect the rights and professional interests of its members and promote the prestige of literary translation and its position in Czech culture.
The Guild systematically follows literary translations published in the Czech Republic and in cooperation with the Ministry of Culture and the Czech Literature
Foundation awards the annual prestigious Josef Jungmann Prize and a number of awards of merit to best translations of the year.