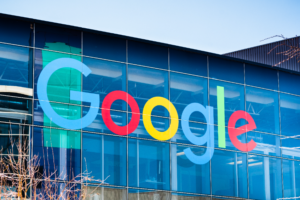 At a recent event, Google announced that it will begin offering immediate translations of press articles from foreign countries. The update may have a larger impact on the world than initially appears.

This article will tell you everything you need to know about Google Search’s upcoming change, including when to expect it. Keep reading to learn more.

When this update from the Google Search team arrives, it will become much easier for people to engage with news articles in foreign publications.

For example, say there was an earthquake in Mexico and you wanted to hear how it’s impacting people directly from those involved. With this change, you would be able to read articles directly from La Prensa in the English language (one of the largest publications in Mexico).

This has the potential to help us connect with people in foreign countries in more direct ways than were previously possible.

Sure, you can copy and paste a full news article into a translation tool already. But many people don’t do that. This simplifies the process considerably. All that you’ll need to do is click a single button and you’ll be able to get a highly accurate translation of the news that matters.

When Will the Update Take Place?

Google hasn’t released an exact date for when the update will take place yet. But the company says that we should expect the changes to occur sometime early in 2023.

However, this new feature isn’t going to be available for all of the different languages that Google Search will translate – at least not at first. The tech company is going to roll it out for French, German, and Spanish into the English language.

After the change comes out for these languages, Google will likely sit back and see what the reception looks like. If they think it’s good, they’ll almost definitely expand the list of included languages in the near future.

How Will It Impact Companies?

This is a great change for people who enjoy checking on news stories from other countries. But it could also have a pretty significant impact on some companies.

First, it’s great for news organizations based in France, Mexico, Spain, Austria, and Germany. These companies can now expect their news articles to reach beyond the confines of their native languages and into the English-speaking world. That could be a huge source of new ad revenue for these businesses.

Additionally, it could have an impact on how some companies decide to use Google Ads. For example, businesses that place ads on news sites in foreign countries may want to start targeting English-speaking users with some of those ads.

This could present a new avenue for some brands that are based in one of the countries that this impacts to go international. But, of course, they’ll need to translate their advertisements into English if they want to connect with this new target audience.